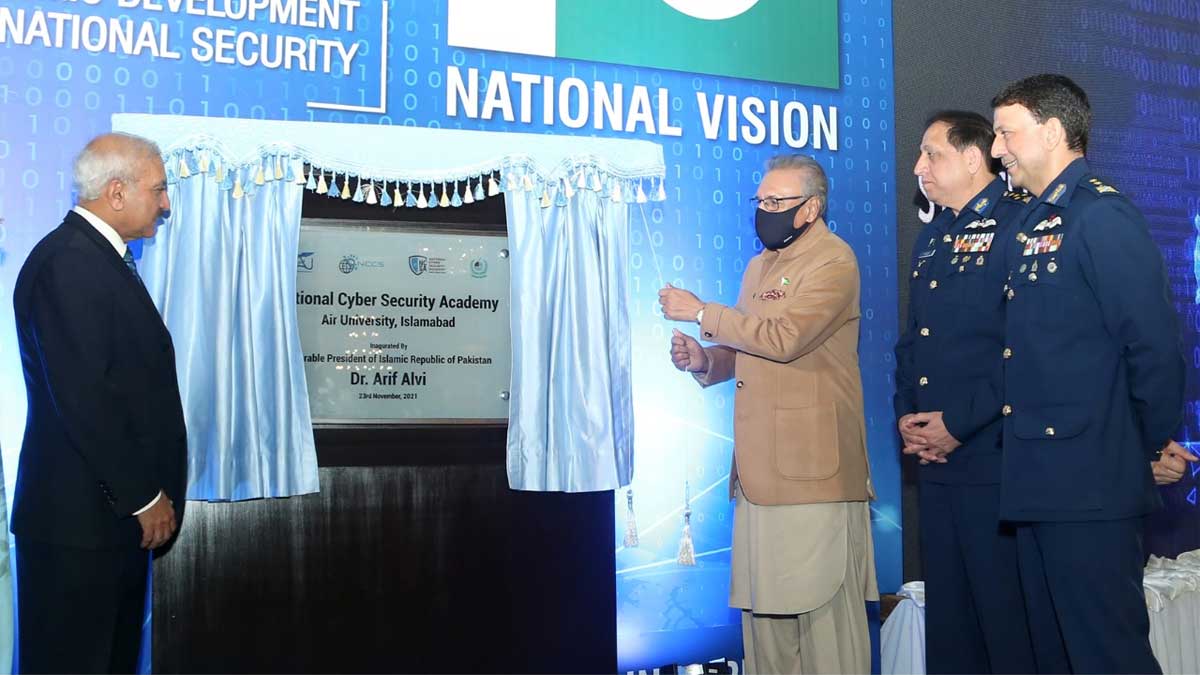 Arif Alvi stated that, in light of the worldwide threat of cyber assaults, it is critical for Pakistan to develop national cyber security capabilities in order to secure its important systems and data.

The remarks were made at the second annual International Conference on Cyber Warfare and Security in Islamabad, during the inaugural ceremony of Pakistan’s first-ever National Cyber Security Academy.

In his talk, President Alvi stated that educating indigenous specialists and solutions was critical in reducing the risk of cyber assaults, especially against the country’s defence, energy, and financial institutions.

He expressed optimism that, under the auspices of the PAF and the Higher Education Commission, the academy will serve as a watershed moment in the country’s quest for safe, secure, and long-term cyber security.

President Alvi went on to say that it was past time for Pakistan to safeguard its borders against all types of cyber-attacks in areas as as politics, industry, and culture.

Significance for Both Defensive and Offensive Strategies

He stated that a national vision of a secure and robust digital environment would contribute to socioeconomic progress in the country.

The president stated that stories of government websites being hacked and sensitive material being taken by hostile entities had recently drawn the attention of many developed and developing countries to cyberspace.

With quantum computers on the way, he believes it would be increasingly difficult to secure data for a country unless it develops its own hardware and software.

Cyber-attacks, according to President Alvi, can harm the nation’s infrastructure and economy.

He stated that Pakistan must produce graduates and human resources capable of dealing with cyber security concerns in order to raise cyber security awareness.