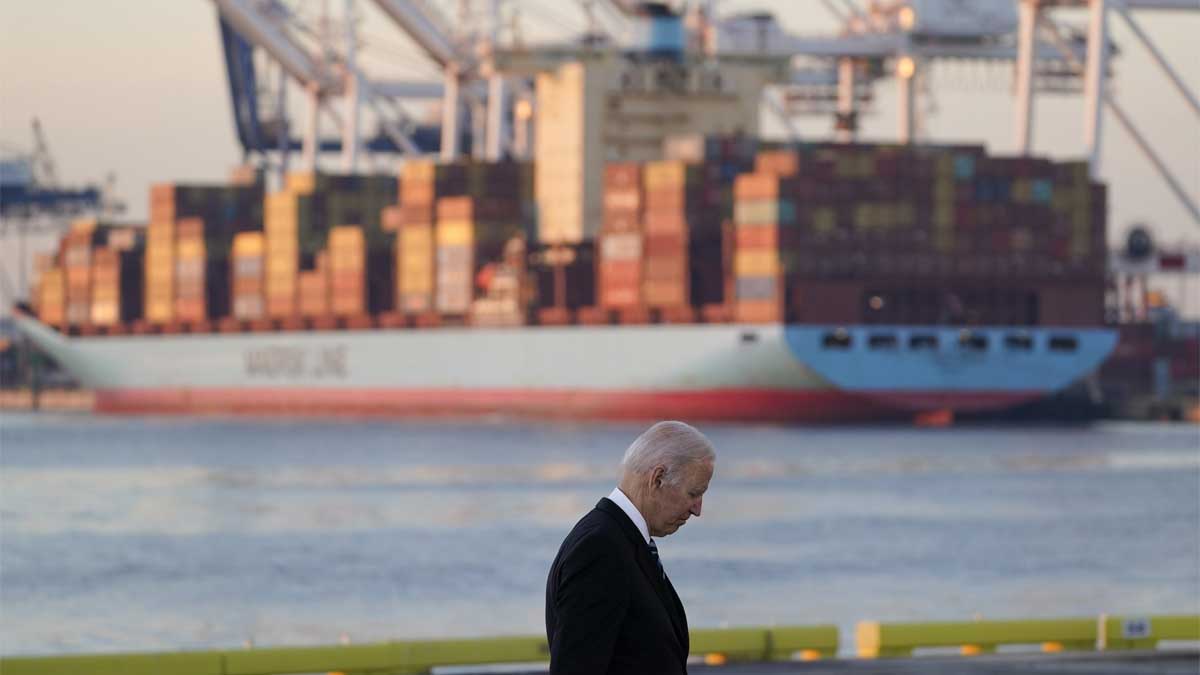 President Joe Biden said on Wednesday that Americans are overpaying for common items, vowing to confront the problem “head on” after government data revealed that inflation hit a 30-year high last month.

The Labor Department’s steep increase in the consumer price index (CPI) startled analysts and the White House, and it came as Biden was on his way to Baltimore to pitch the $1.2 trillion infrastructure makeover, he believes can turn the tide.

In a taped address from the port of Baltimore, Biden said, “Today’s economic figures (show) unemployment continuing to fall, but consumer prices remain too high.”

The president was in the city to argue that his infrastructure package, which was agreed by Congress last week, will lower costs and supply bottlenecks.

“Everything from a gallon of gas to a loaf of bread is more expensive,” Biden remarked.

“Even though wages are rising, we still face difficulties that must be addressed. We must confront them head-on.”

Biden will sign the infrastructure bill into law with members from both parties who helped write it and others who helped it get to the president’s desk, according to the White House.

Inflation in the United States had been quite low in recent years, but it exploded in 2021 as American firms resumed normal operations thanks to COVID-19 vaccinations.

Real reason behind US inflation

The 6.2 percent increase in the CPI from October 2020 was the largest annual increase since November 1990, according to Mickey Levy of Berenberg Capital Markets, who noted that “price pressures have broadened,” with increases in a variety of products and services.

CPI increased 0.9 percent in October compared to September, according to the Labor Department, more than doubling the gain in the previous month and above economists’ expectations.

Last month, grocery prices also increased, with food at home climbing 1% and food outdoors, such as restaurant meals, up 0.8 percent.

Throughout 2021, used cars saw an unusual price increase, which boosted overall inflation. After falling in August and September, they increased by 2.5 percent in October, according to the data.