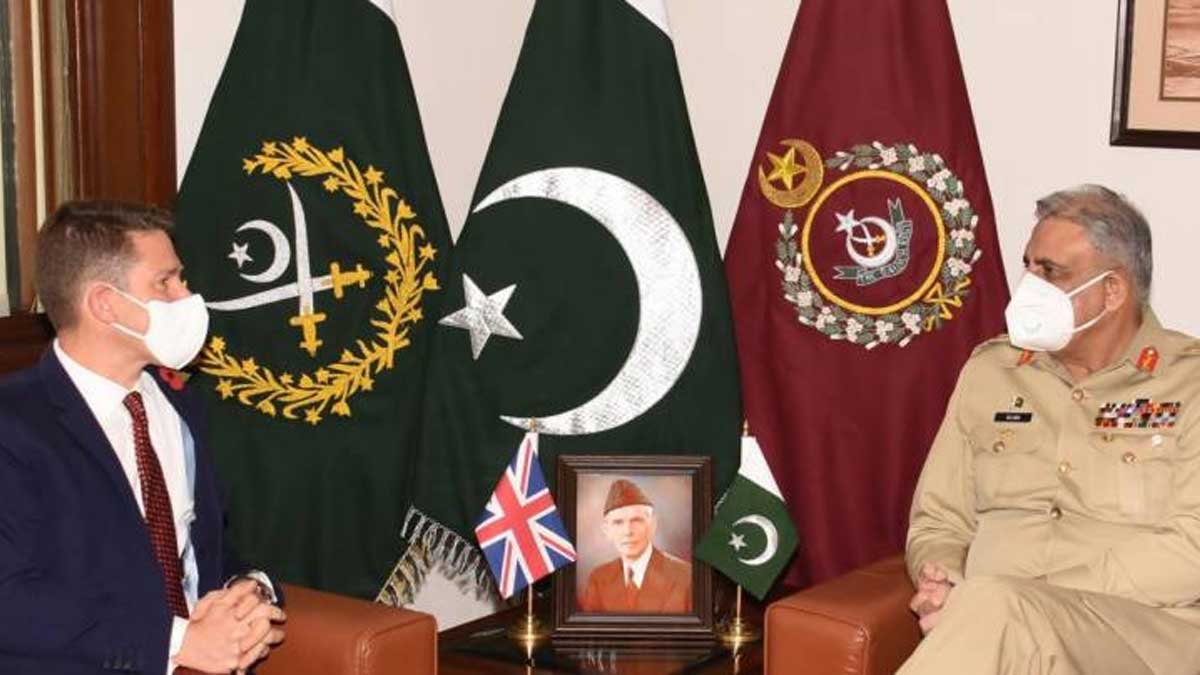 In accordance with the statement issued by the military’s media wing, the meeting discussed the matters of mutual interest and regional security situation, as well as the recent developments in Afghanistan.

The COAS stated that Pakistan appreciates UK’s role in global and regional affairs and “we look forward to enhancing our bilateral relationship.”

The statement reveals that General Bajwa repeated the need for a global meeting in Afghanistan for evading humanitarian crisis and synchronized hard work for the economic increase of the Afghan people.

Moreover, the visitors valued Pakistan’s role in the Afghan situation struggles for regional solidity and promised to play their role for further development in political cooperation with Pakistan at all levels.

Separately, Bajwa has echoed that Pakistan has friendly relations with the UK and other EU countries and sincerely looks forward to increasing mutually helpful multi-domain relations based on common interests.

The meeting was held after a four-member European Union Parliamentary Delegation for South Asia Relations had a visit to Pakistan before the EU rereading its decision on the country’s GPS+ status in February.

GSP+ is a special trade procedure given to developing economies by European nations in response to their pledge to tool 27 international conventions on human rights, environmental protection, and governance.

In the month of September this year, the European Commission has engaged Pakistan in its special trade access scheme when finding no reasons to reject the country on request of the European Parliament that approved two resolutions to evaluate the Generalised Scheme of Preference-Plus (GSP+) status.

Consequently, this extension will help to provide relief to Pakistan, as the abridged rates of duties and taxes by the European countries under the preferential action have aided Pakistan to get additional exports in the range of 1 billion to 1.5 billion euros a year since 2014.