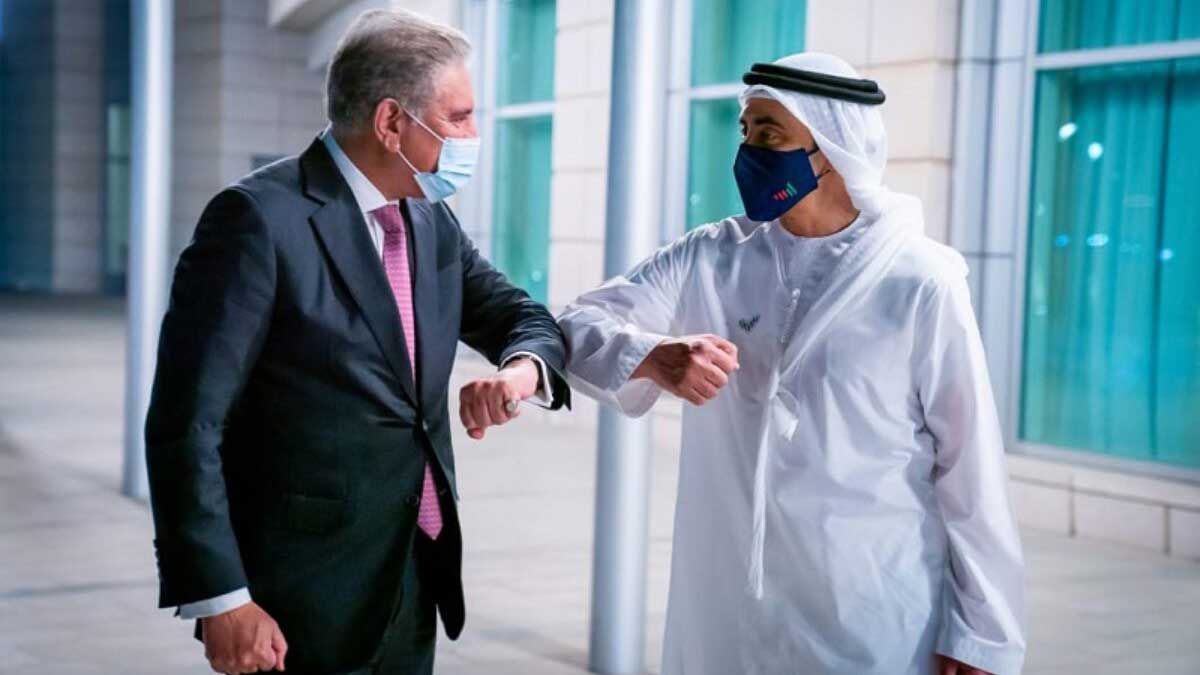 Pakistan Foreign Minister Shah Mahmood Qureshi, lauded the UAE for deferring payment on a $2 billion loan that had already reached its maturity date.

FM Qureshi expressed gratitude to the UAE for its ongoing bilateral and international support and cooperation. Announcing the UAE intention to rollover the Abu Dhabi Fund’s US$2 billion loan, Foreign Minister Abdullah reaffirmed the UAE’s pledge to provide Pakistan with all necessary assistance.

Read more: FM Qureshi says he has ‘no plan’ to meet his Indian counterpart in UAE

According to a statement released by the Pakistan Foreign Office, Foreign Minister Qureshi appreciated his counterpart, emphasising that the decision reflected the two countries’ warm and brotherly relations.

According to WAM (Emirates News Agency), Sheikh Abdullah and Qureshi discussed the prospects for increased collaboration between the two friendly nations on all fronts, especially in the areas of trade, health, and economics.

Sheikh Abdullah emphasised the depth and strength of the UAE-Pakistan relationship, which he described as “long-standing and based on mutual confidence and respect.” He emphasised the two countries’ commitment to expand engagement in all fields for the benefit of their peoples.

The two countries addressed their continuing cooperation to combat the COVID-19 pandemic’s consequences, as well as ways to increase global synergy to address the disease’s effects and ensure the delivery of its vaccine to all countries around the world.

Sheikh Abdullah congratulated Qureshi on the completion of his country’s pavilion and wished him fruitful participation in the much-anticipated global event. The two ministers also discussed the specifics of Pakistan’s involvement in Expo 2020 Dubai, which will open in October this year.

Foreign Minister Qureshi left the UAE on Tuesday morning after a three-day visit to the UAE from April 17 to 19. In addition to his official engagements, the Foreign Minister met with members of the Pakistani community in Dubai, including investors and businessmen, and spoke with local and international media in Abu Dhabi and Dubai.