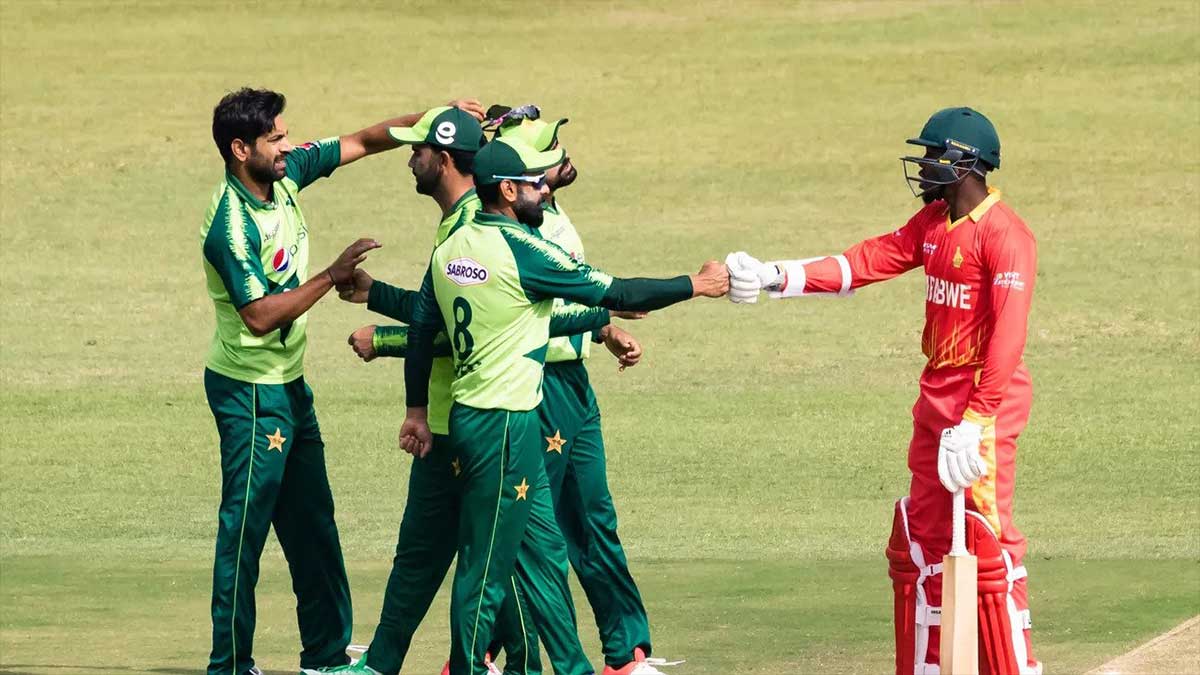 In the first match of a three-match T20I series at the Harare Sports Club, Pakistan overcame Zimbabwe by 11 runs, successfully defending their 149-run tally.

Usman Qadir played an important role with three wickets in four overs, followed by Mohammad Hasnain with two wickets and Haris Rauf and Mohammad Hafeez with one wicket each.

Earlier, Mohmmad Rizwan’s 82-run innings helped Pakistan set a 150-run target for Zimbabwe after the Men In Green were asked to bat first after winning the toss.

Only Mohammad Rizwan, who scored 82 from 61 balls for Pakistan, played responsibly. After losing captain Babar Azam in the second over of the game with just 8 runs on the board, Pakistan’s wickets continued to tumble.

Danish Aziz and Fakhar Zaman, both debutants, scored double figures but lost wickets easily. Thanks to the Richard Ngarava’s costliest over at the end of the innings in which he conceded 20 runs, otherwise Pakistan would have set a far lower target for Zimbabwe.

Luke Jongwe and Wesley Madhevere each took two wickets for the home team, while Richard Ngarava and Blessing Muzarabani each took one wicket to limit Pakistan to 149 for 7.

Asif Ali, a middle-order batsman, has been dropped in favour of Danish Aziz. For the first time in T20Is, the left-handed batsman will wear the green jersey.