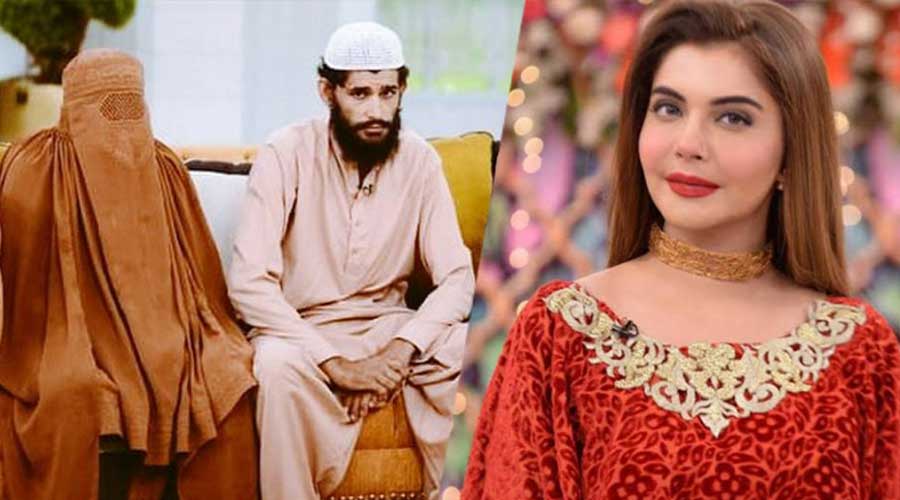 Nida Yasir the ARY Digital’s Good Morning Show host once again tried to make high ratings through the wrong ways. In a live show, Nida Yasir invited the parents of minor rape victim and asked extremely unusual and insensitive questions that have taken the twitter by storm.

She almost every year commits such blunders for the sake of high ratings of her show and even in this critical disturbing year 2020, she did not leave her habit behind and stooped to a new level of insensitivity that is enough to tear the soul apart.

The recent protest for the anti-rape movement and the continuous cases coming in front these days was the reason Good Morning Pakistan show invited the parents of 6-year-old raped girl Mawrah and asked them of rape and murder story of their child. But the questions which Nida Yasir was asking her parents were completely unacceptable for which whole twitter is slamming her now and trending #BanNidaYasirShow.

One of the netizens tweeted, “You are Calling the parents of a 5 yrs old rape and murder victim and asking them stupid and embarrassing questions in front of the entire world for ratings…This is not the first time you did…These low class morning shows are cancer for our society… #BanNidaYasir.”

“You’re bringing the parents of a 5 yrs old rape and murder victim in front of the whole world and asking them stupid and embarrassing questions for ratings. This is not the first time you did These Cancerous morning shows Must be banned. #BanNidaYasirShow #BanNidaYasr.”

“Nida Yasir always, always crosses her limits but this time, she’s done a crime and the world should know that and speak against it. It’s supposed to be an entertainment morning show.The rape and murder of a 5 year old, investigating her parents, is not entertainment #BanNidaYasir.”

“Nida Yasir invited poor parents of a 5 year old rape victim and asked them to narrate the incident on her live morning show, especially when she asked “us ki shakal bhi nhi pehchani ja rhi thi kya?” This is now what our media is doing for ratings (not the first time).”

“Let people heal @NidaYasirARY . You dont need parents of a murdered child to relive their trauma for your insensitive show. Will you call your family member for to recall some of their painful memories?? Will you??? #bannidayasirshow.”

Everyone is voicing their voices and asking Pemra and ARY Digital to ban this show that is doing nothing more than insulting others for the sake of high ratings.