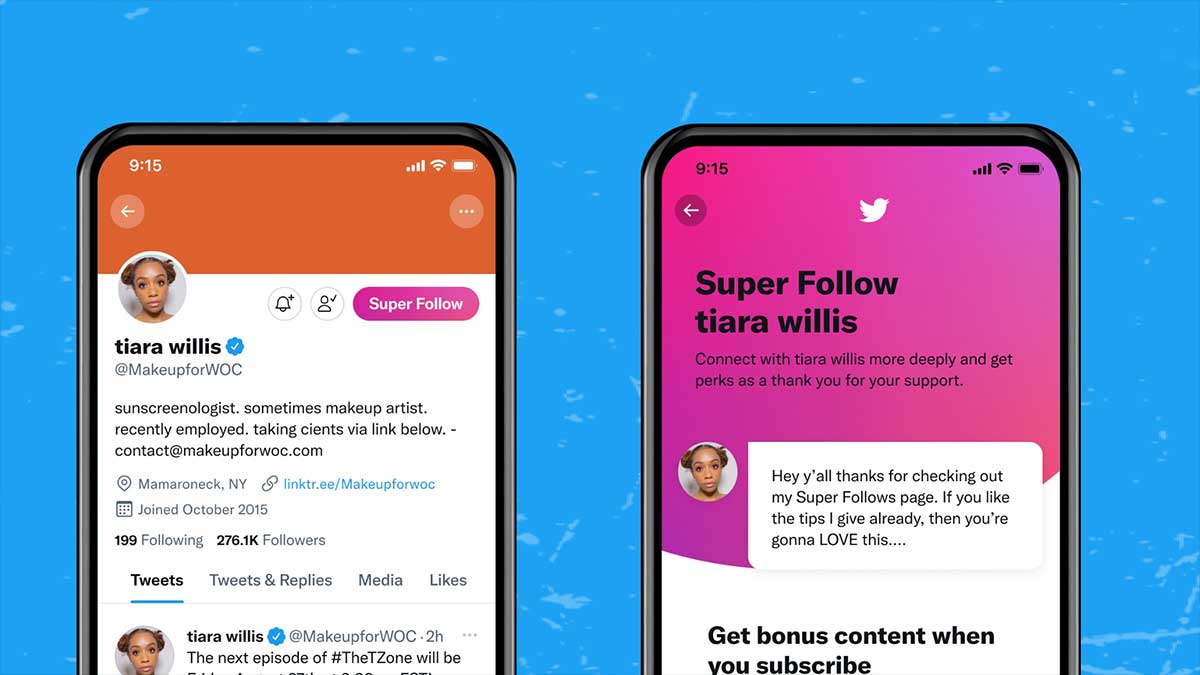 Twitter has officially revealed its long-awaited “Super Follows” function, which allows creators to charge for access to exclusive material.

The move comes as Twitter tries to establish itself as a go-to online destination for clickable celebrities while also generating revenue in methods that don’t clog up the platform with adverts or promotions.

Influencers such as cosmetic artists and sports experts would be allowed to charge their users $3-$10 per month for “behind the scenes” content, early access, and other incentives.

In a blog post, Twitter product manager Esther Crawford said, “With Super Follows, people can build an extra level of conversation on Twitter to communicate genuinely with their most engaged followers – all while earning money.”

“Anyone who contributes their unique viewpoints and personalities to Twitter to drive the public debate can create Super Follows content.”

Activists, journalists, artists, writers, gamers, astrology enthusiasts, beauty experts, comedians, and others are among those on the list, according to Crawford.

The Super Follows function had been in beta for a while, and Twitter announced that it had gone live with a small set of creators in North America.

In the next weeks, users of Twitter on Apple mobile devices will be able to follow participating creators globally.

According to Crawford, the feature will eventually be added to smartphones running Google’s Android software as well as the twitter.com website accessed through browsers.

According to the San Francisco-based firm, Twitter will take no more than 3% of subscriptions as a processing charge until a creator earns $50,000 on the platform, at which point Twitter’s stake jumps to 20%.

The creators selling the subscriptions pay the app store fees, which can be as much as 30% of the transaction.

The company, which has more than 200 million active users, is seeking for new revenue streams that do not include more advertising.