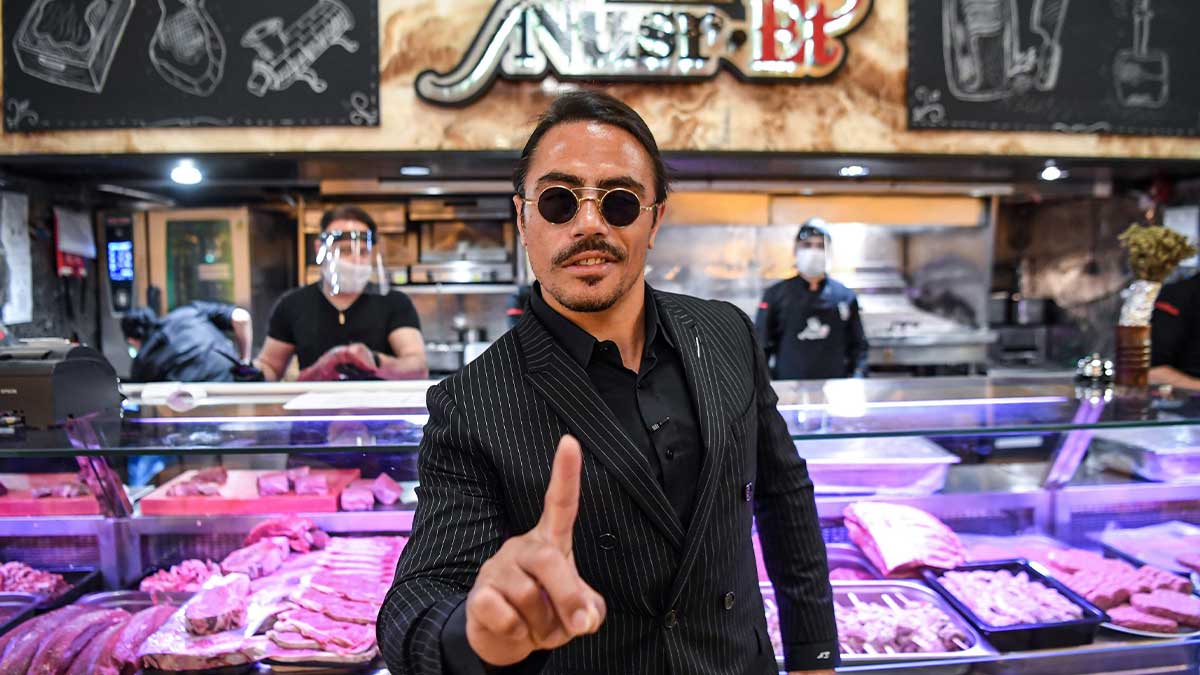 Skyrocketing to fame in 2017 after a video of him chopping a steak with his innovative meat preparation technique went viral, Salt Bae, aka Nusret Gökçe has a chain of restaurants around the world.

Nusr-Et, a chain of luxury steakhouses owned by the Turkish butcher, chef, and restaurateur, has now a new restaurant in London and the exorbitant prices at the Turkish chef’s restaurants has left Twitter in shock.

A single serving of his signature 24-carat gold-wrapped steak at the restaurant comes for a whopping 630 Pounds approximately Rs 140,000.

It all began when a customer shared his eye-watering bill from the establishment, Nusr-Et in Knightsbridge, with the receipt showing a giant tomahawk steak priced at £630 and a single Red Bull costing £11.

Now, a new TikTok video by food account Notorious Foodie (@notorious_foodie) is making the rounds which provides an insight into what you can expect at new restaurant of Salt Bae if you’re willing to fork out for the experience.

London has already become Salt Bae’s next famous stop, given the number of celebrities he has attracted with his salting technique and perfectly cooked steak.

Stars such as Jason Statham, David Beckham, and Mixed Martial Arts fighter Conor McGregor have been seen at Nusret’s restaurant to watch the excitement created by Nusret as he slices the steak wrapped in 24-carat gold and salts it in his signature style. Although the gold foil adds no flavour to the steak, it is the way it performs that makes it sound like a high-end luxury dish.