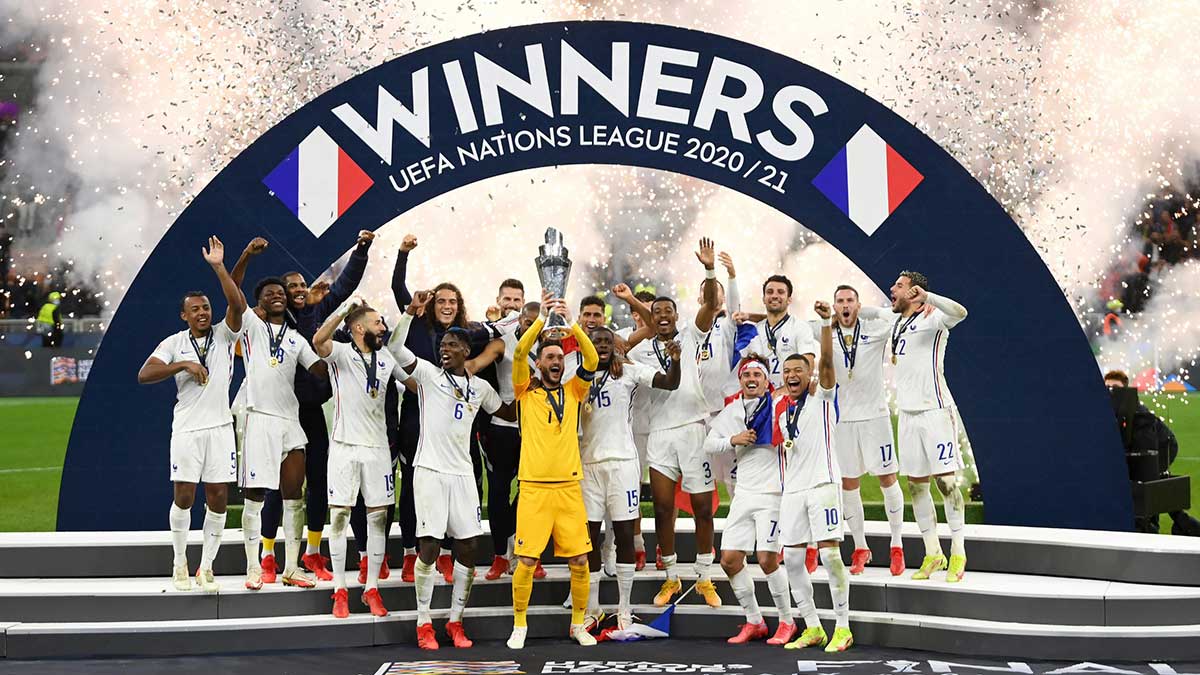 France came from behind to overcome Spain 2-1 in the 2021 Nations League final on Sunday, thanks to Karim Benzema and Kylian Mbappe.

Luis Enrique’s team Spain, who had halted Italy’s 37-game undefeated run in the semi-final on Wednesday, were pegged back when Benzema curled in a superb goal.

Following their success at the 2018 World Cup and disappointment at Euro 2020, Mbappe exacerbated the damage by scoring after 80 minutes for France to win their second trophy in three attempts.

The only prominent first-half chance came from Marcos Alonso’s errant speculative long-range free-kick, as Spain struggled to capitalize on their initial 66.7 percent possession.

Mbappe’s clever offload came close to setting up an early goal, but Hernandez hit the crossbar before Oyarzabal, who had been released by Sergio Busquets, hammered into the bottom-right corner after 64 minutes.

Benzema and Mbappe, on the other hand, teamed to drag France level, with the former drifting inwards to bend a right-footed effort into the top-right corner, before the latter put France ahead of Spain.

PSG forward Kylian Mbappe appeared to be offside as he rounded Unai Simon after Hernandez’s through ball, but a VAR check confirmed the original decision, and Mbappe scored his fourth goal of the Finals, more than any other player.

What Does It Mean? France Come From Behind Again To Win Nations League

After conceding the first goal for the seventh time in 2021 – three more than any other calendar year – France escaped defeat to achieve possibly their most stunning victory to date.

Spain had 64.1 percent possession, as expected, but Deschamps’ team had as many shots as their opponents (12 each) to reply decisively to a disappointing Euro 2020 campaign.

What’s Next for Spain and France?