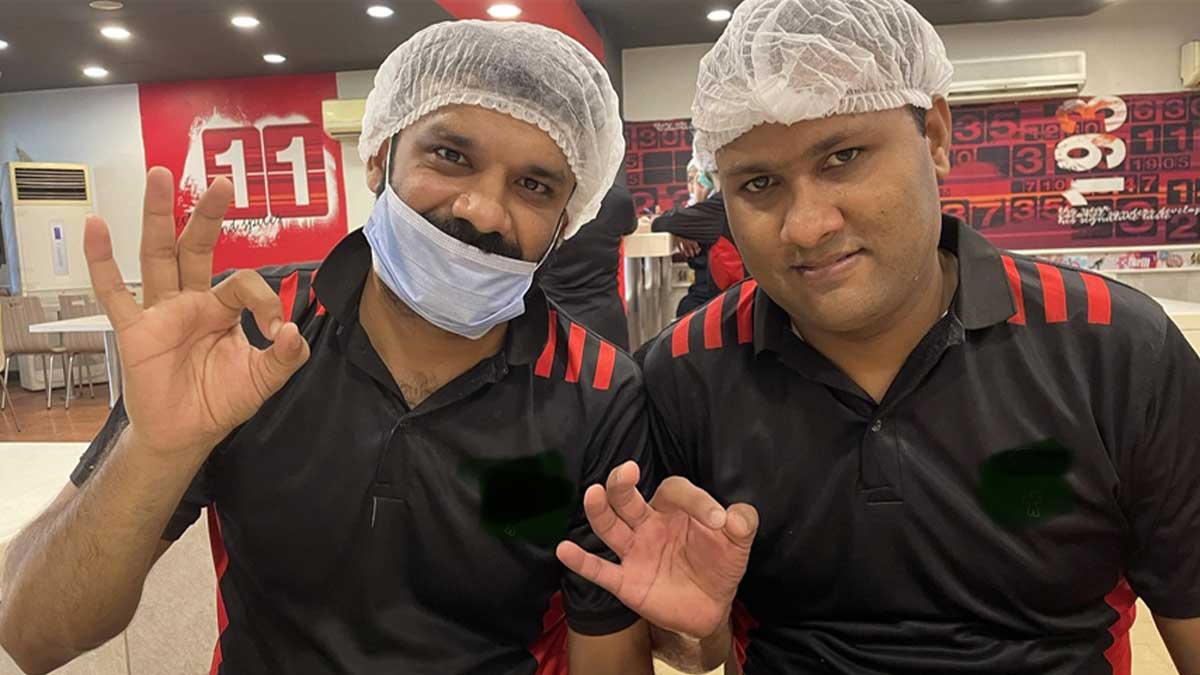 A restaurant in Lahore has pushed for social change by employing people who are speech and hearing impaired who communicate with guests through sign language.

The place is part of an international restaurant chain that has become a role model for all businesses by recruiting people having speech and hearing deficiencies.

As per details, Rehan Fareed and Waleed Hassan both work at the restaurant located at The Mall, Lahore which is the busiest point of the city for commercial activities. Both of them take care of the needs of their guests in loving manner.

The 29 years old Hassan used to take orders from customers in pre-Covid days.

“People used to point at the menu to let me know what they want. It encourages us when they try to talk to us in basic sign language,” Hassan said.

Besides this, both of the workers seek to open their own restaurants in the future.

“I am serving in the restaurant for the past seven years. I always hope for the best but we have limited opportunities here,” said Fareed.

September 23 is celebrated as the International Day of Sign Languages with a purpose for the sustenance and protection of the language identity and cultural diversity of all people having hearing problems and other sign language users.

Read more: One in four people will have hearing problems by 2050, warns WHO

According to statistics presented by the World Health Organisation (WHO) 15% occurrence of global disability, almost 31 million people out of 207 million are possible to be fighting from some form of disability in Pakistan.

Furthermore, the general secretary of Deaf Welfare Awareness Foundation, Farhat Aslam, said: “In Pakistan, there are no reliable figures on disability. The last national census to document the disability happened way back in 1998. In the current position, we have no idea about the exact numbers but they are surely very high.”