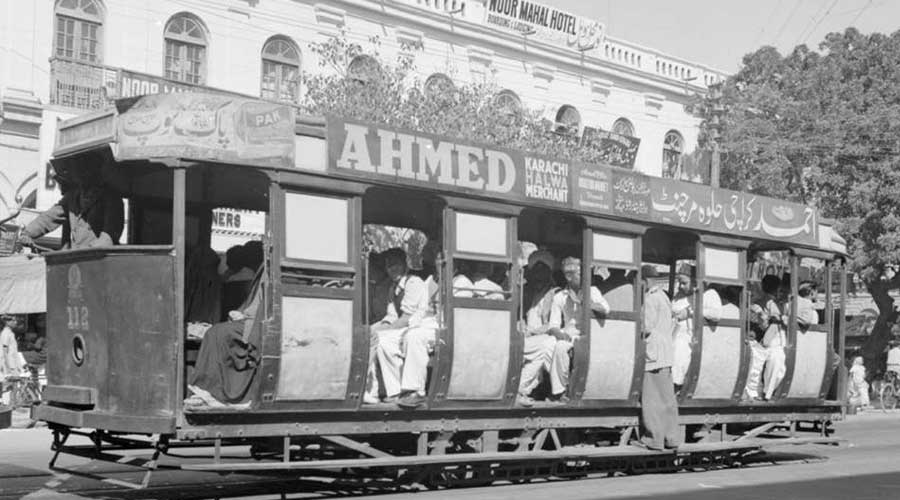 New sheds of growing Pak-Turkey friendship in Karachi as Turkish Council General, Tolga Yok visited the office of the new Karachi administrator, Iftekhar Ali Shallwani, and offered him to install the Tram service system in the city. The route, he offered will be from Numaish Chowrangi to Tower at M.A.Jinnah Road and from Shaheen Complex to Tower at I.I.Chundigar road.

The Council General said, throughout the world, the Tram is an important part of the mass transport system to facilitate the passenger to move from one place to another which also saves energy and time. Istanbul, the important city of Turkey is famous for its tram service in the world. The Turkish Council General also offered to modernize the libraries of the city.

The Turkish Commercial Attaché, Ayub Yaldreem was also present in the meeting. Iftikhar Shallwani thanked the Turkish government for cooperating in this important project which will help to provide economical and rapid transport service to the people of Karachi. The administrator told that further action will be taken in this regard.

In the same pattern, the tram service can be started in Karachi which will help to make the city attractive for the tourists, and besides, it is also considered to be a safe mode of transport.

Tram service was very popular in Karachi which remained operational for more than a century under the British government system.

In 1949, the tramsway system was purchased by Mohamedali Tramways Company (MTC), owned by Sheikh Muhammad Ali. The fare of the trams was very nominal. The idea of starting the tram in Karachi was first perceived in 1881. The tramway was started on April 20, 1885, employing steam power cars. The trams were replaced by horse-drawn ones in 1886. In 1902, the East India Trams ways Company Limited was responsible for running the trams in the city. This popular transport was closed down on 30, April 1975.

Moreover, the present transport system in Karachi is completely a failure and in this biggest city in the country, unfortunately, there is no government transport system. Another popular system of transport, Karachi circular Railway has also been stopped.

The present government is planning to provide the people of Karachi the transport facilities and it is hoped that city will soon find the solution to its transport issues in the form of trams, a circular railway, and a green line.