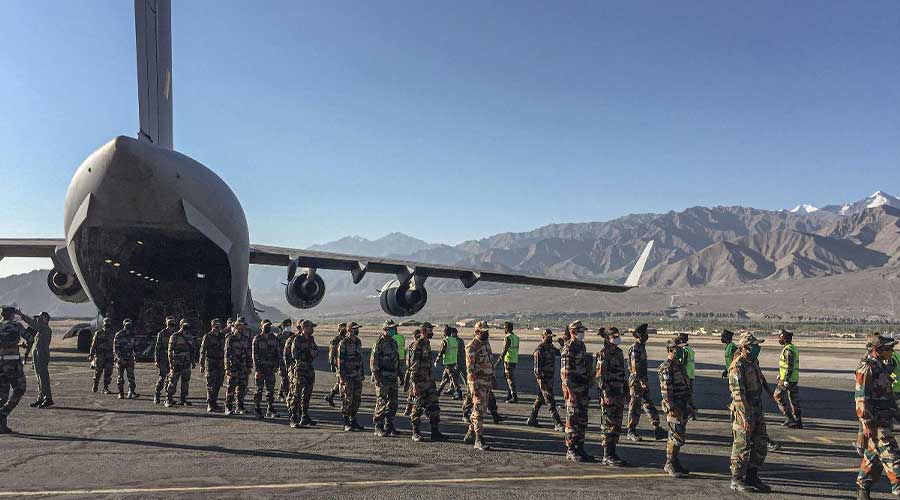 Chinese and Indian troops shared gunfire last week just days before a meeting was held between both countries’ Foreign Ministers.

Both countries made a long-standing pact for troops to not shoot a single firearm at the Line of Actual Control (LAC). For nearly 45 years not a single shot has been fired from both sides but recent development is a worrying moment for both states.

Meanwhile, for the last month, three incidents have been noticed of warning shots fired in the Western Himalayas zone where forces are engaged in a faceoff over competing territorial claims.

“In all these cases shots were fired in the air and not at each other thankfully,” said one of the officials.

One of the gunfire happened on the North Bank of the intensely disputed Pangong Tso (lake) in the build up to a meeting amongst Subrahmanyam Jaishankar the Indian Foreign Minister and Wang Yi the Chinese Foreign Minister in Moscow.

The gunfire exchanged between Indian and Chinese troops which never made revealed publicly was the most intense according to officials. As per Indian Express newspaper, during engagement around 100-200 rounds were fired.

Both sides were marching towards position which will be more useful while engaging with the opponent on the mountain border in the Ladakh sector which connects Tibet. According to statement from both sides, on last Monday the troops had fired in the air in the Southern Bank of the Lake.

Since meeting between both Foreign Ministers was held to calm the situation on the LAC, it is noted that the situation is under control but there is no sign of troops falling back from their current positions.

Lieutenant General D. S. Hooda the former Indian military commander said that due to recent incidents at LAC it will be very difficult to follow the agreement which stated that troops shall carry few firearms in the disputed border while patrolling.

“We should no longer be talking about peace and tranquility along the LAC, but conflict prevention,” he said.