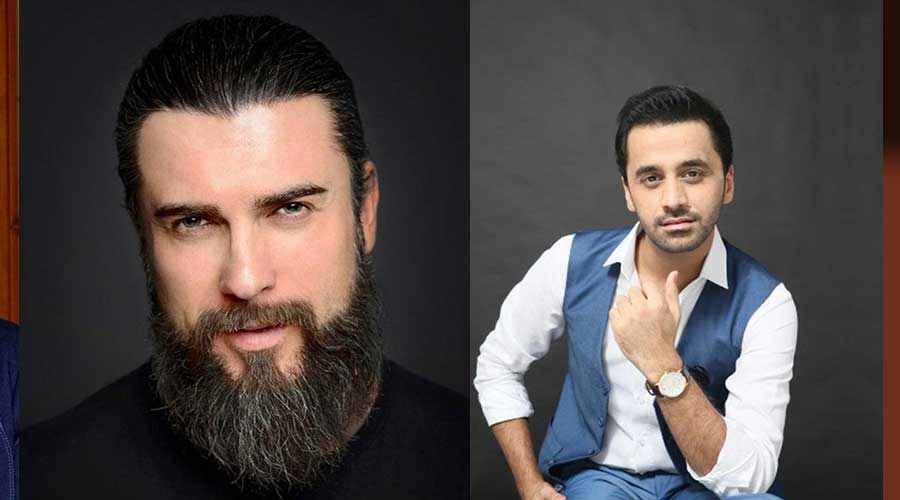 The candid virtual interview started with Waseem Badami and Cengiz Coskun exchanging Eid greetings and then the duo talked about everything from the actor’s personal life to his love for Pakistan.

The interview was wholly about the character of Turgut Alp where Cengiz’s desire to work with Pakistan was also questioned along with his personnel life.

Read more: What’s behind the Ertugrul craze in Pakistan?

In the interview Badami was accompanied by his fellow host the former Pakistani cricketer Shahid Afridi.

Waseem Badami asked him about his huge success in the Ertugrul series in Pakistan where even PM of the country asked their nation to watch this drama. Also, the whole series is in the process of dubbing in Urdu for local audiences as almost whole Pakistan loves this drama. Coskun also thanked PM Imran Khan during the interview.

Then Badami asked about the success of the drama and if he ever thought Ertugrul will be such a massive hit in Pakistan that he and all the other actors and their characters will be household names here. In the answer, Turgut actor said that this series was expected to be never-ending series, many used to say that this project cannot be completed but this series became the real success.

The warrior Turgut Alp from Ertugrul TV series also said that he thought this project will have huge success in Muslim countries only but it took to other countries too that was more than their expectations.

Cengiz on his personal life

Badami also asked him about his personnel life when he told that he is still unmarried when the host said that it can be the good news for Pakistani females. In the answer to this question, Cengiz said that he was committed to someone. Turgut Alp told that he received a number of marriage proposals from Pakistan on Instagram.

He also said that he would love to try “biryani” and other dished also after coming to Pakistan.

However, when he was asked if he would work with the Pakistani drama or film industry? He said he would love to work if he gets some suitable role. He also told the host that he is not playing the role of Turgut Alp in “Kurulus Osman” and his role has finished in Dirilis Ertugrul.