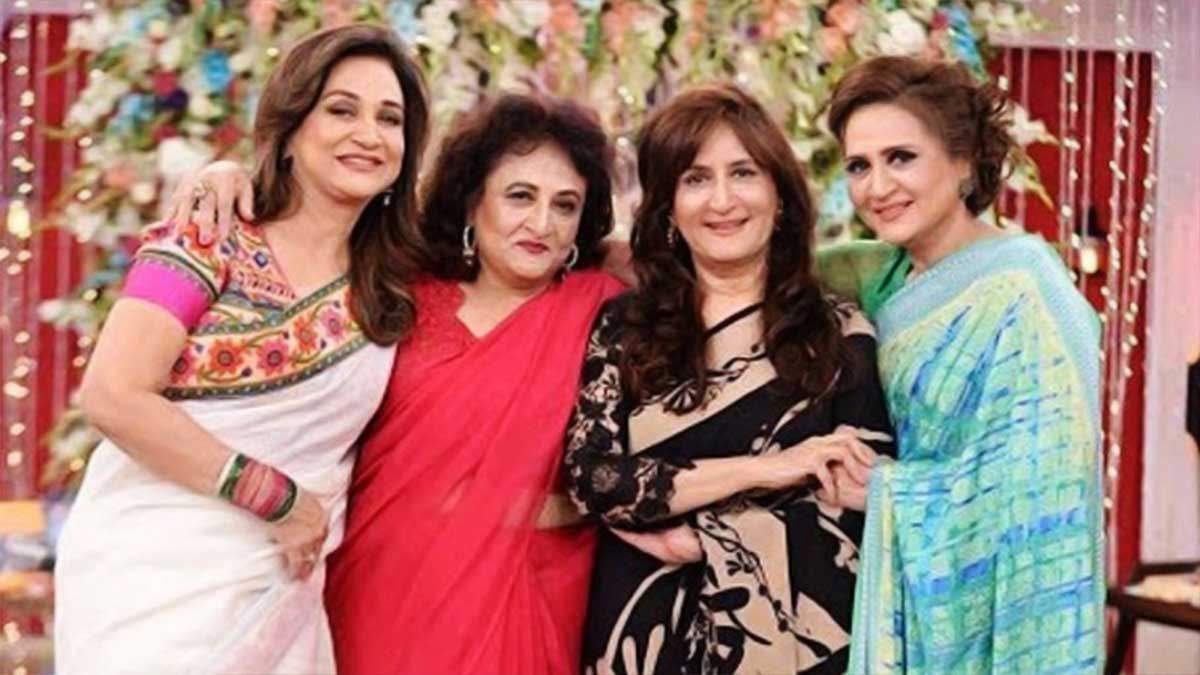 Veteran actor Sumbul Shahid passed away on Thursday after a prolonged battle with Covid-19 at Lahore’s Combined Military Hospital (CMH). She had been receiving treatment since last month and her condition deteriorated on April 22, after which she was placed on a ventilator.

Her critical situation was known to everyone as her sister Bushra regularly posted about her serious condition on social media. Sisters Bushra and Asma Abbas had appealed to their fans to pray for their ill sister’s recovery as her condition worsened.

Read more: Why Bushra Ansari decided to end her marriage of 36 years

Ansari, on 30th April revealed that her mother had contracted the Covid-19 as well. In a video message later, she advised people to follow coronavirus SOPs and avoid going to shopping malls and markets. “If you don’t take precautionary measure you will regret it,” she said. “What is the point in buying these clothes if you won’t be healthy to wear them.”

Sumbul Shahid was last seen in the 2020 drama Nand alongside Minal Khan and Shahroz Sabzwari. Her other sister Neelam Ahmed Bashir is a writer. She also starred in dramas such as Malika-e-Aliya, Ishqaaway and Takay Ki Ayegi Baraat but was best known for her work in Golden Girls.

Many Pakistani actors and actresses shared their deep regret

As news of Sumbul Shahid demise took the internet by storm, tributes poured in from members of the film and television fraternity.

Actor Ayesha Omer took to Instagram and shared her deep regret at the news. “Sumbul apa was a bundle of light and energy and lit up every space she was in,” she said of the fallen star. “She was like a mother to so many of us.” She took comfort in announcing Shahid is now reunited with her Shiraz, who passed away a few years ago.

One of the other actresses posted, “Sumbal Shahid. I worked with her on Golden Girls. She was one of the wittiest woman I’ve ever met. She made the whole crew laugh nonstop. A warm, loving person. Success came late in life. Then last year she lost her son. I hope she’s at peace. This is devastating……”

As news of her demise took the internet by storm, tributes poured in from members of the film and television fraternity.