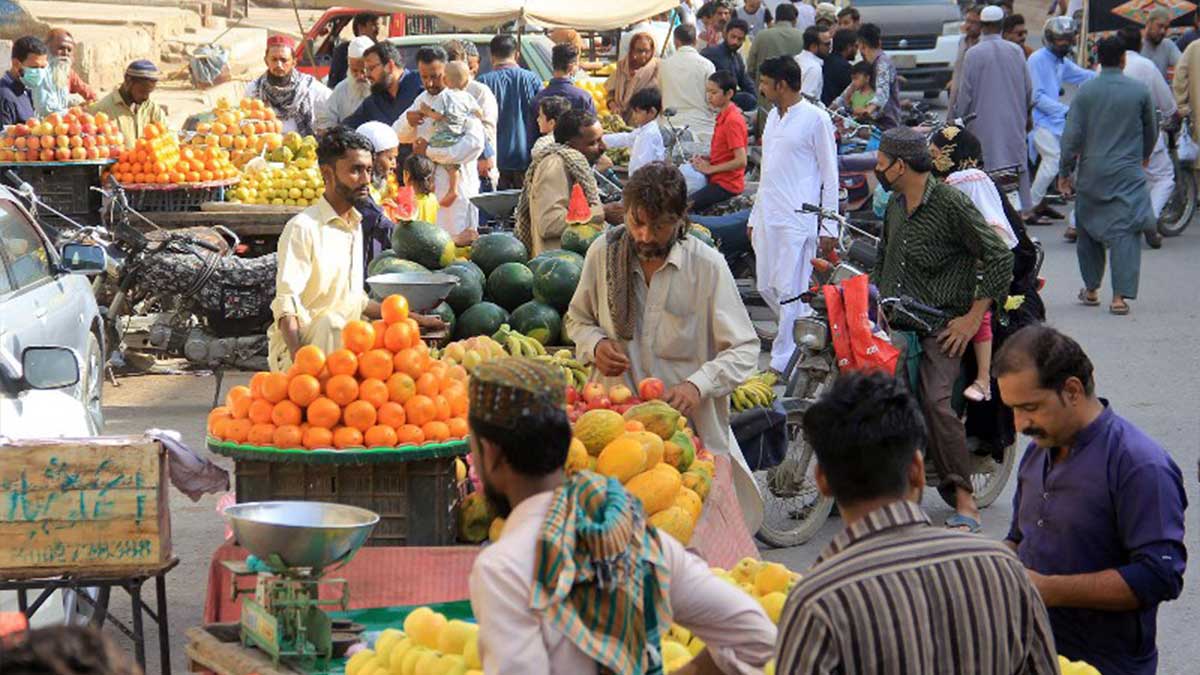 All commercial areas in the city will remain open today, according to All Karachi Tajir Ittehad Chairman Atiq Mir, who was reacting to the Sindh government’s latest commercial policy following a nationwide ‘third wave’ of the coronavirus outbreak on Saturday.

“Changing business closing days on a regular basis creates so much uncertainty,” he said in a letter to the provincial government.

The Sindh government had announced a day before that markets would only be open from sehri to 6 pm.

Read more: Pakistan’s exports reach decade-high of $2.3b in March

Atiq Mir requested on Saturday that markets be permitted to run late into the night during Ramadan.

“Traders have invested billions on commodities in the run-up to Eid. Limiting market hours would only cause problems for ordinary people,” he said.

Similarly, the government’s proposal to close markets and business operations two days a week was rejected by the All Pakistan Anjuman-e-Tajiraan.

“A conspiracy is affecting merchants as the federal and provincial governments squabble over politics,” it said.

The Sindh government is endorsing the economic murder of traders under the pretext of following the NCOC’s orders, according to the union.
“Instead of closing businesses, the government should focus on vaccinating the public.”

The Sindh chief minister should instruct the opening of markets for six days a week promptly, according to the union. “After the 15th roza, business hours should be extended to 10 pm and 2 am.”

While announcing that markets will remain open today, a member of the city’s numerous electronics dealers voiced similar sentiments.

“We will begin enforcing the new SOPs of the Sindh government next week. Meanwhile, as per the old SOPs, markets were only to be closed on Fridays and Sundays “The president of the Karachi Electronic Dealers Association, Mohammad Rizwan, said.

However, “After the 15th of Ramadan, the Sindh government should allow us to open markets from noon to midnight and only close them once a week,” he added.