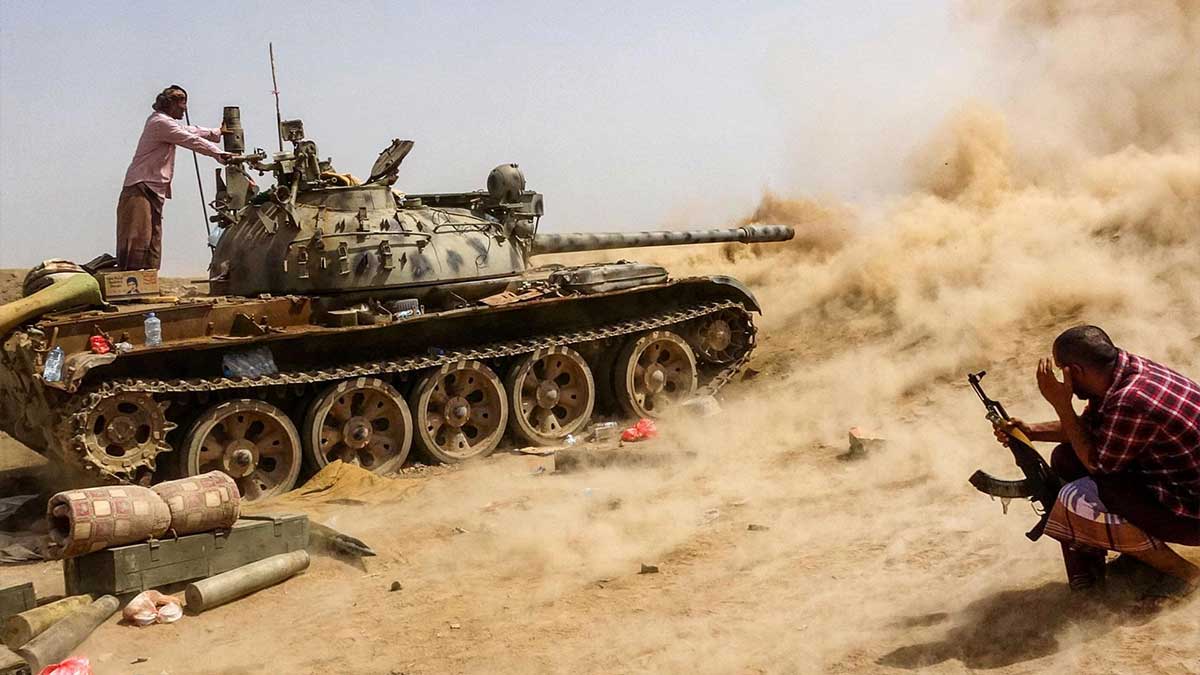 According to loyalist commanders, intense fighting in the Yemeni provinces of Marib and Tazi claimed the lives of 96 combatants over the last two days.

The conflict erupted after Huthi rebels launched an assault on the government’s last stronghold in the north.

“On Wednesday and Thursday, clashes between the two sides on several fronts in the Marib region killed 36 loyalist troops and 60 rebels,” a government military source told AFP.

The rebels who are backed by Iran rarely reveal their own casualties.
Government ground forces received air support from aircraft belonging to a military alliance led by Saudi Arabia.

Another loyalist military official told AFP that the Huthis are “keeping up their slow advancement on Marib and now constitute a very serious threat on the Kassara and Mashjah fronts, northwest of the capital.”

Marib’s disappearance will be a major setback for Yemen’s army, which is currently located in the southern city of Aden, as well as its Saudi backers.

The city of Marib and its nearby oil fields are the last substantial pocket of government-controlled territory in the north; the rest, including the capital Sanaa, is under rebel rule.

The collapse of the city may also result in a humanitarian catastrophe, as large numbers of civilians fleeing conflict elsewhere have taken shelter in the region.

According to the Yemeni government, about 140 camps have sprung up in the nearby desert to provide adequate shelter for up to two million displaced people.

US Secretary of State Antony Blinken has cautioned that the misery will only stop when the Huthis and the government reach a political agreement.

Marib is seen as a significant reward by the rebels, who believe it will give them more bargaining power in peace talks that Washington says must begin soon.

Since Saudi Arabia and its allies invaded in 2015, the war has killed tens of thousands of civilians.

Millions have been forced to the verge of starvation in the world’s greatest humanitarian crisis, according to the United Nations.