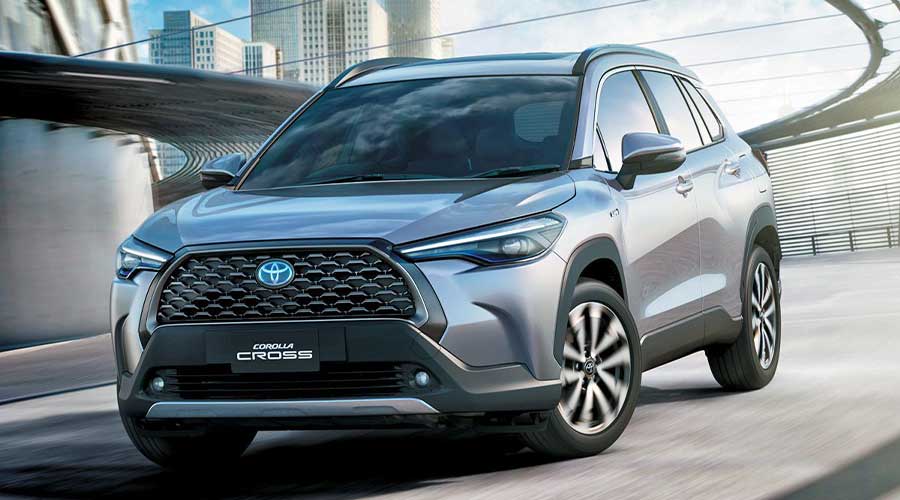 According to the latest update shared by Monthly Automark Magazine, IMC has plans to launch the new Toyota Corolla Cross in Pakistan next month.

Toyota Indus Motor Company (IMC) announced last year that it would introduce the Corolla Cross Hybrid crossover SUV in Pakistan soon and at that time many reports started circulating that the vehicle shall make its official debut in Pakistan by the end of December 2020, however, due to some reason, the launch never came to pass.

Now, reports have again emerged of launching the new Toyota Corolla Cross in Pakistan next month. For the unaware, Corolla Cross is a subcompact crossover SUV that made its global debut in July 2020. The vehicle goes head-to-head with other compact crossover SUVs, such as the Honda Vezel/BR-V, Nissan Juke, and Toyota C-HR, with which it shares most of its underpinnings.

According to the report’s suggestion, the Corolla Cross shall be sold in Pakistan as a Complete Builtup Unit (CBU) import from Thailand. There is 1.8-liter 4-cylinder hybrid petrol engine in the vehicle that combined with the electric motor generates 168 horsepower at 3600 RPM and 305 newton-meters of torque at 3600 RPM. All of this power is sent to the front wheels only via an e-CVT automatic transmission.

The Corolla Cross is a pricey package. The report has revealed that the vehicle being a hybrid CBU crossover SUV, shall come with a starting price of a whopping Rs. 8.5 million.