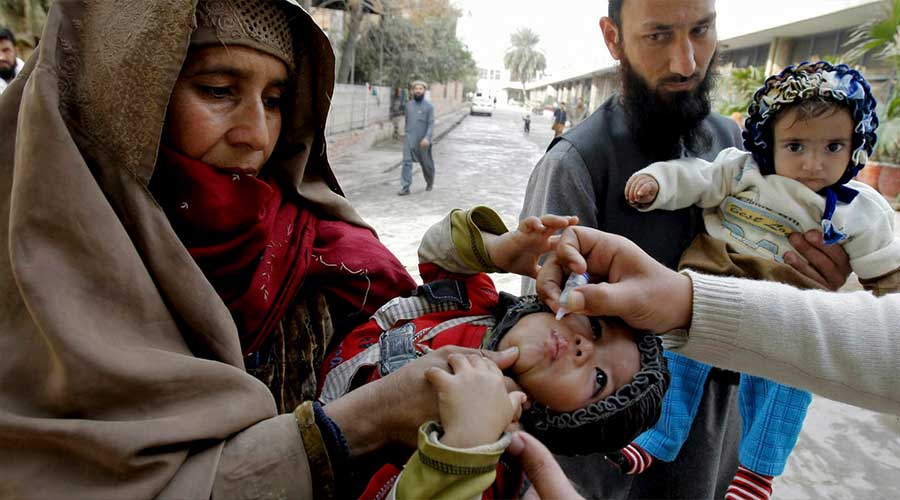 The Islamic Development Bank (IsDB) is all set to provide financial assistance worth $60 million to Pakistan to strengthen polio eradication efforts.

IsDB signed a Supplemental Agreement amending the Master Murabaha Agreement with the Government of Pakistan offering financial assistance worth $60 million for polio eradication.

35% grant and a 65% loan will be disbursed as the financial support in addition to $427 million that has already been contributed by the bank, to the polio program in the country since July 2012.

The Islamic Development Bank (IsDB) signed an agreement titled “Master Murabaha Agreement” in September 2019 also, during which a loan of $100 million was granted to the Pakistan Polio Eradication Programme.

The grant was offered as a 90% loan and a 10% grant under the Lives and Livelihood Fund (LLF), a $2.5 billion funding project of the bank and other development cooperation partners.

The Bank provides its assistance to Pakistan’s polio eradication efforts and tries to procure the polio vaccines in order to stop the transmissibility of poliovirus in Pakistan through various campaigns.

Moreover, following a rapid escalation of coronavirus cases all over the world and in Pakistan, the country stopped polio eradication efforts for almost 4 months but resumed this operation in July 2020. Now efforts are being made practiced under strict Standard Operating Procedures.

In 2020, three nationwide immunization campaigns were held which had been vaccinating nearly 40 million children under the age of five, and two sub-nationwide campaigns partially covering the country were conducted, in addition to targeted campaigns in particular districts at higher risk.

Dr. Rana Muhammad Safdar, Director General Health and Coordinator of the National Emergency Operations Centre, Polio Eradication Initiative (PEI), while acknowledging the support of IsDB, said, “Pakistan has benefitted from a long-standing understanding and cooperation with the Islamic Development Bank. We thank our trusted partner for their support and trust in our efforts and commitment to end polio from Pakistan. While continuing our efforts to enhance essential immunization coverages across Pakistan, the back-to-back planned immunization campaigns are imperative to save children from this crippling disease.”