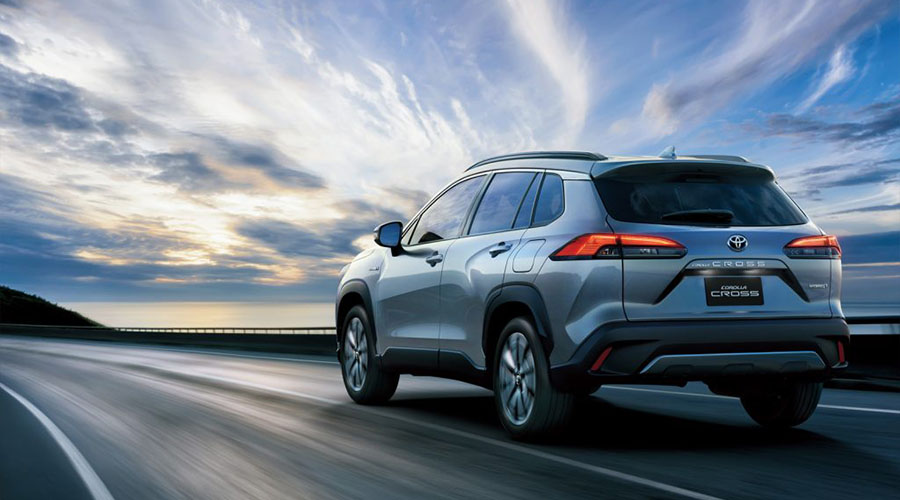 Toyota Corolla Cross will be officially launching in Pakistan next month and Indus Motor Company (IMC) has revealed its features and estimated price for the Pakistani market.

The Toyota Corolla Cross is one of the hottest selling cars in many countries and to make its availability in Pakistan it will be carried from Thailand as a Complete Built-up Unit (CBU).

Following are the specifications and features of the compact SUV which is soon to be launched in Pakistan.

The IMC will be launching two variants of Toyota Corolla Cross in Pakistani market. In the base variant of Corolla Cross, the car will be having only two airbags, while in the better version Cross contains seven airbags on different locations such as driver, passengers, sides, drive knee and curtains.

Meanwhile, both variants will be having Hill Start Assist, ABS, passenger seat sensors and parking sensors as the standard.

In the inner part of Cross, the base variant has fabric seats, a basic audio system with CD and Bluetooth feature, Single Zone Auto climate control and no AC vents for the rear seats.

Both variants are equipped with a shark fin antenna, rear wiper with auto sensors, smart entry, push start and a panoramic sunroof.

However, only the high-profile variant has adaptive cruise control and power+ kick sensor trunk door, whereas the base model of Cross only has an electronically looking boot.

Both variants have different specifications when it comes to exterior look. The high-end Cross has LED headlamps and DRLs while the lower-end variant has halogen headlights. Apart from this, both variants are expected to have dissimilar wheels.

The Corolla Cross has a 1.8 liter 4-cylinder hybrid petrol engine that syndicates with the performance of the electric motor to make it 168 hp at 3600 RPM and 305 newton-meters of torque at 3600 RPM. All the power shifted towards front wheels only via a CVT automatic transmission.

The estimated price of the Corolla Cross is believed to be around Rs 8.5 million, which is quite expensive than the better equipped and extra featured Toyota Fortuner which is a 7-seater SUV with a price of Rs 7.7 million.