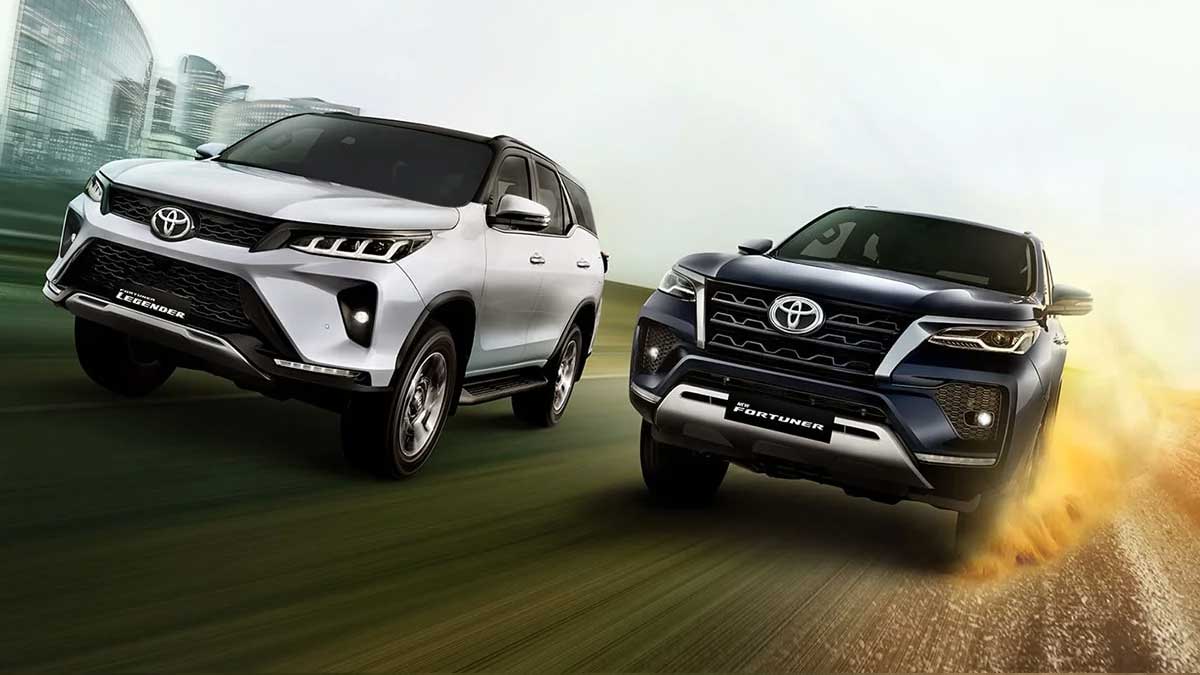 Not long ago the Toyota Indus Motor Company (IMC) released facelifted versions of the Fortuner and Hilux, two vehicles that are extremely popular in Pakistan.

Interestingly, the company has decided to introduce an additional model for both the Revo Rocco and the Fortuner Legender. These are the top-of-the-line versions of both vehicles, with certain enhancements over the standard models.

A modified front bumper, twin projector LED headlights with a new DRL arrangement, a sleek upper grille and a wider lower grille, both coated in black, all combine to produce a muscular front fascia on the Fortuner Legender.

Meanwhile, a blacked-out front grille, a new scuff plate, matte-black trim elements surrounding the body, blacked-out alloy wheels, and a few other alterations to the vehicle’s appearance are included in the Revo Rocco.

These new models were introduced in Thailand in mid-2020, after the facelifts of the Fortuner and Hilux. They were recently spotted on Pakistani highways, wrapped in skin with the words “It’s Worth the Wait,” implying that Toyota IMC expects to release them here shortly.

Given that neither the Legender nor the Rocco include any performance upgrades, it’s fair to assume that they’re just visual upgrades. This appears to be reasonable, considering they appear to be capable vehicles on their own.

However, given the price premium that these vehicles are expected to carry, even the most enthusiastic off-road vehicle purchasers would find it difficult to justify their purchase.