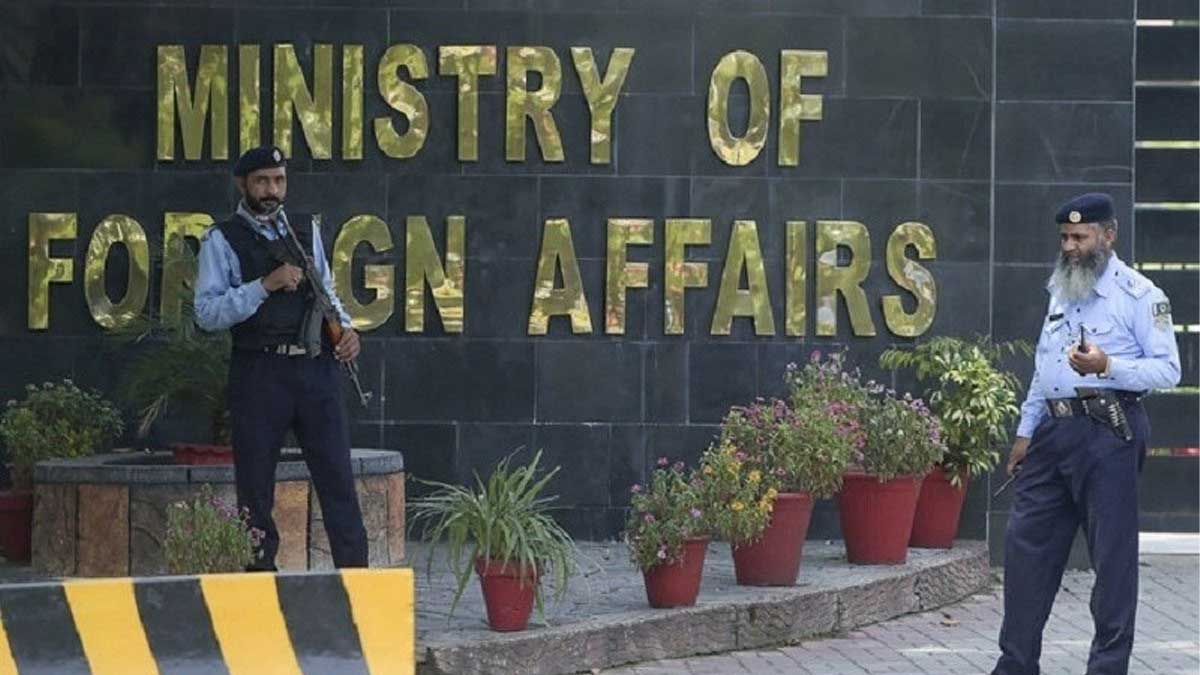 Pakistan’s Foreign Office issued a statement on Wednesday strongly condemning the BJP-led Haryana government’s ban on Muslims holding Friday prayers in many places across the state of India.

The FO expressed grave worry about continuous vandalism of mosques and violence against Muslim prayer locations by Sangh Parivar extremists with the help of BJP-ruled Uttar Pradesh and Haryana.

“We are also deeply concerned over [the] continued vandalisation of mosques and attacks [on] places of worship of Muslims by Sangh Parivar extremists with the complicity of [authorities in] BJP-ruled states of Uttar Pradesh and Haryana,” the Foreign Office (FO) said in a statement.

It further noted that “in another abhorrent act of sacrilege of Muslim religious places, radical Hindu groups reportedly dumped cow dung” at several spots in the state of India where Friday prayers were held.

“Senseless attacks against Muslims and their places of worship, houses and businesses are continuing in Tripura [state] as well, despite international concern,” it added.

In yet another act of outrage against Muslim religious sites, radical Hindu groups are said to have scattered cow dung at multiple Friday prayer sites.

“Despite international concern, unjustifiable attacks against Muslims and their places of worship, houses, and businesses continues in Tripura,” the Foreign Office stated.

Hundreds of people, including well-known activists and journalists, have been detained in BJP-ruled states for speaking out against egregious and widespread human rights violations against minorities, notably Muslims, under draconian legislation such as the Unlawful Activities (Prevention) Act.

The FO urged the international community, especially the United Nations and pertinent international human rights and humanitarian organizations, to do more to combat rising Islamophobia and extreme violence against minorities, particularly Muslims, in India, and to ensure their safety, security, and well-being, as well as the protection of their places of worship.