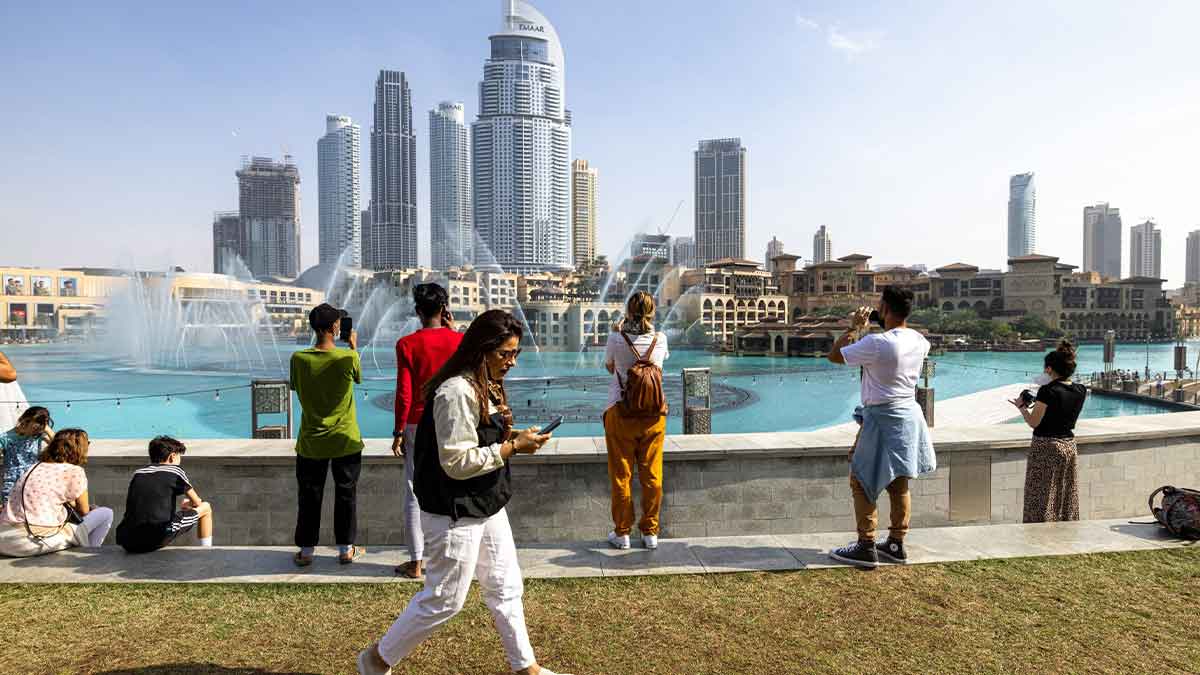 With an excellent result anticipated this winter when neighbouring Qatar hosts the World Cup of football, officials said that the United Arab Emirates’ (UAE) tourism income in the first half of this year exceeded $5 billion.

After a cabinet meeting in the country’s capital Abu Dhabi, UAE Prime Minister and ruler of Dubai Sheikh Mohammed bin Rashid Al Maktoum announced that hotel bookings was up more than 40%.

According to the official WAM news agency, Sheikh Mohammed stated that in the first half of 2022, “our tourism sector’s revenues exceeded 19 billion dirhams ($5.2 billion).

Due to a lack of accommodations in relatively small Qatar, Dubai, a well-known vacation resort, anticipates hosting a sizable number of football fans during the World Cup in November and December.

During the World Cup, Dubai is one of the Gulf cities that offers daily shuttle flights to and from Qatar, enabling fans to reside outside of the affluent country while still attending matches.

In the first half of this year, Dubai Airport, which was the busiest airport in the world for international travel before the pandemic, handled 27.8 million passengers, an increase of more than 160 percent over the same period in 2021.

The UAE was able to recover from the pandemic rapidly because to a rapid vaccination roll-out and a strong increase in tourism when Dubai held the Expo world fair from last October to March.

According to Sheikh Mohammed, foreign trade has increased to more than one trillion dirhams ($27 billion) from 840 billion dirhams before to the pandemic and this year’s economic growth has exceeded 22 percent.

A new law intended to boost private sector participation in public projects was also authorized by the cabinet, along with electric cargo aircraft “completely powered with sustainable energy”.

The bill will promote “private sector involvement in strategic and development projects, increasing investment in projects of economic and social importance,” according to WAM.