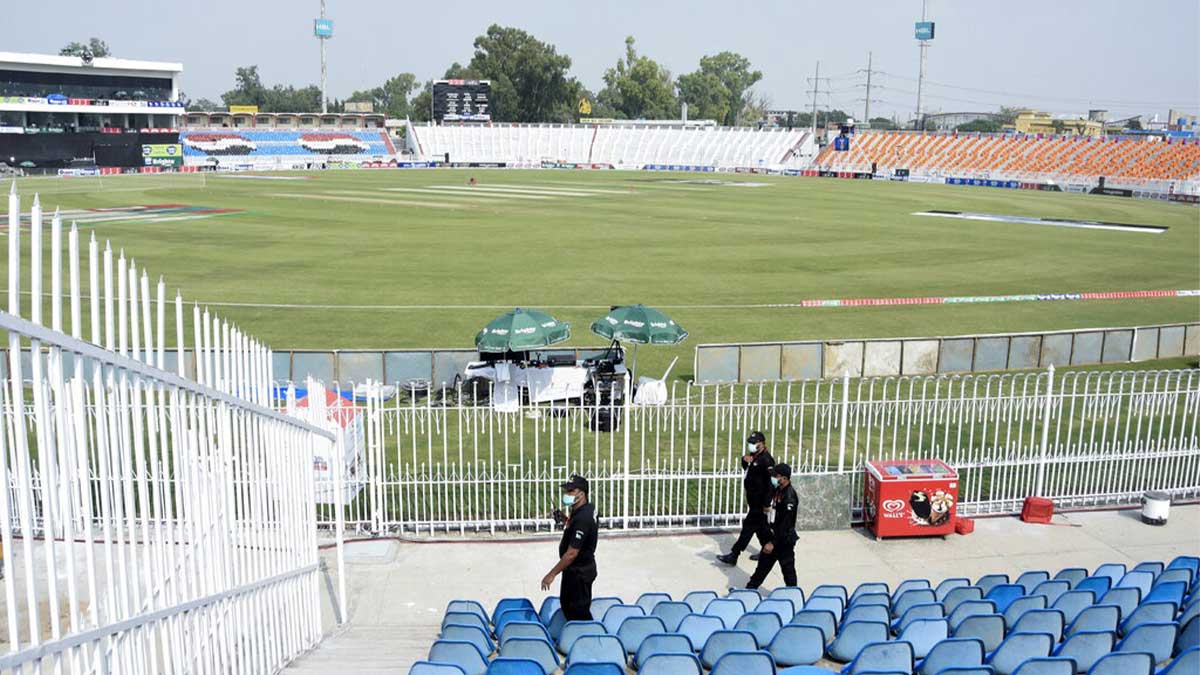 Threatening emails were sent to the New Zealand cricket squad from India, which prompted the Kiwis to call off the tour of the country, says Fawad.

Fawad Chaudhry, the Federal Minister of Information, conducted a press conference to discuss New Zealand’s departure from the ODI series.

The communications minister, accompanied by Interior Minister Sheikh Rasheed, spoke about the tight security measures in place for the visiting New Zealand team.

“We put a security force on the cricket team that was bigger than the army of New Zealand,” Sheikh Rasheed claimed.

According to Chaudhry, on September 17 at 10:30 a.m., the New Zealand Cricket (NZC) informed the PCB and Pakistani authorities that the team had received information from its government regarding a security threat.

The threat had no effect on the New Zealand cricket team, according to the information minister, because the environment at the ground and the hotel was secure.

Despite being busy with important commitments in Dushanbe, he added, Prime Minister Imran Khan called New Zealand Prime Minister Jacinda Ardern to ask her not to cancel the tour at the last minute.

“She, on the other hand, claimed that they [the New Zealand government] had received a ‘serious threat’ that their team would be attacked,” the information minister stated.

Pakistan is fighting a hybrid and fifth-generation war, according to the information minister.

Former TTP commander Ehsanullah Ehsan’s identity was used in a bogus social media post, according to Fawad Chaudhry, and the post warned the New Zealand squad against visiting Pakistan.

The information minister claimed, “The message stated that the New Zealand cricket team should not travel to Pakistan because Daesh (IS) will attack it.”

Chaudhry claimed that two days later, on August 19, Abhinandan Mishra published an article in The Sunday Guardian claiming the same thing: that the New Zealand cricket team could be targeted in Pakistan.

The communications minister then announced that New Zealand batsman Martin Guptill’s wife had received a threatening email. A death threat was conveyed to Guptill in the email, according to Fawad Chaudhry.

He stated, “The email stated that Guptill will be killed in Pakistan.” “It was discovered after an examination that the email was created on August 24 at 01:05am and sent from the account at 11:00am on August 25,” he said.

After the tour was cancelled, another email was sent to the New Zealand cricket team on September 18 from an ID generated under the name Hamza Afridi, according to the information minister.

He explained, “This email ID was sent from India.” “The IP address of an email generated in the name of a certain Hamza Afridi was switched from India to Singapore,” the information minister disclosed.

“Further research found that the device used to send the email was operating 13 email IDs,” Chaudhry added. “All IDs were created using the names of Indian actors and drama celebrities,” he explained.

The device used to send the threatening emails to the New Zealand cricket team, according to Chaudhry, belonged to an Indian guy from Maharashtra named Om Prakash Mishra.

He stated, “This is a very strong link to India.” “A threat was sent to the New Zealand squad using a false ID of hamzaafridi7899@gmail.com. Maharashtra was the source of this threat “Added he.