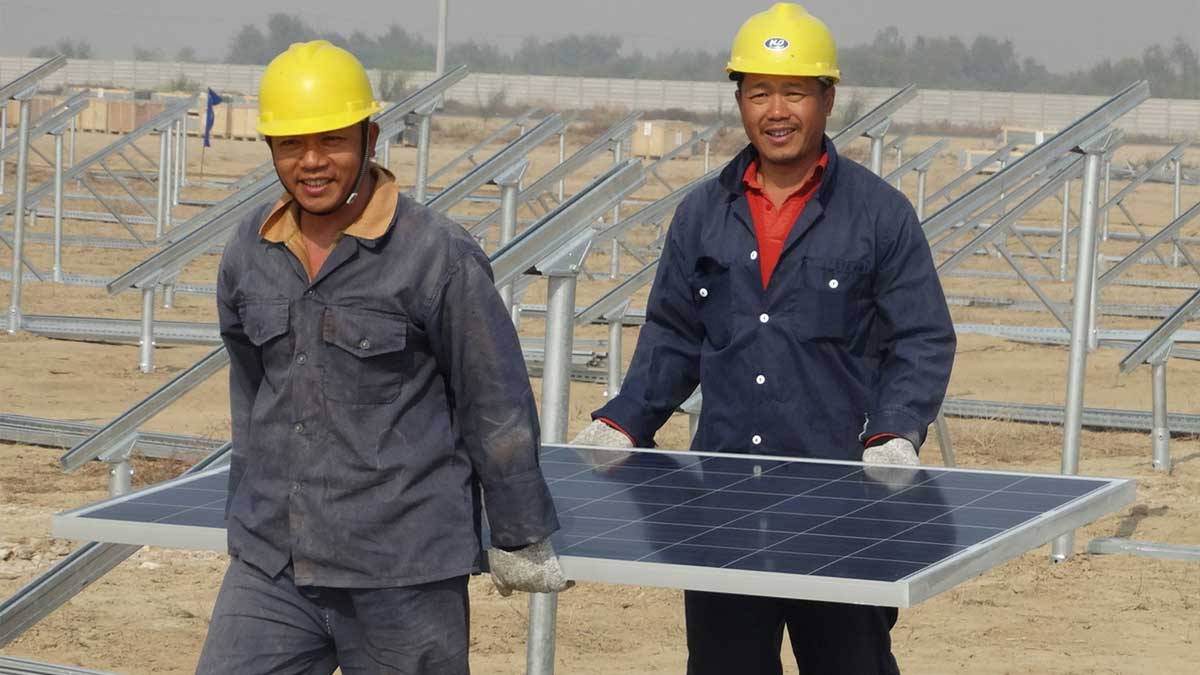 According to a leading public health specialist, about 5 million Chinese nationals will be working in Pakistan by 2025 as part of numerous developments, industrial, and other initiatives.

Prof Dr Shahzad Ali Khan, Vice-Chancellor of the Health Services Academy (HSA) has said that the healthcare needs of millions of Chinese workers in Pakistan could only be satisfied by increasing collaboration between Pakistani and Chinese medical universities, research institutes, and biotech firms.

“We need highly specialized health facilities, based on both modern and traditional treatment techniques, to fulfil the health needs of millions of Chinese people working in Pakistan, Afghanistan, and Central Asian states,” he added.

The only way to do this is to improve collaboration between Pakistani and Chinese health institutions through the China-Pakistan Health Corridor, according to Vice Chancellor Health Services Academy (HSA) Prof Dr Shahzad Ali Khan.

He said talks were well progressed to sign multiple, joint collaborative agreements with various Chinese academic, research institutes, and biotechnological firms, and that several Memorandums of Understanding (MoU) between Pakistan and Chinese institutions would be signed during the 11th Annual Public Health Conference in Islamabad on September 23-24, 2021.

“We want to teach Pakistani experts in both modern and traditional Chinese medicine, which is the treatment of choice for millions of Chinese people. These professionals will not only meet the medical demands of visiting Chinese nationals, but also of Pakistanis who believe in complementary and alternative medicine,” he added.

Chinese working in Pakistan to each five million by 2025

He said the first step will be for Chairman CPHC Dr Lee, who is also the VC of the HSA, to sign an MoU for the HSA to join the China Pakistan Health Corridor, and the Department of Public Health of Wuhan University to sign an MoU for multiple cooperation in the academic partnership between China and Pakistan in the field of public health.

“Digital health, medical technology, traditional medicine, and joint health research initiatives will be the core components of this collaboration,” the HSA official noted.

Prof Khan further stated that the WHO Traditional Medicine Foundation of China will seek partnership with HSA in the field of Traditional and Alternative Medicine (TAM) in Pakistan, and that the Digital Human Project and Digital Medicine Lab will be established in HSA, Islamabad.

“The CPHC initiative, which has its headquarters in Jinan, is a multidisciplinary interconnected group of centres comprised of medical universities, hospitals, pharmaceutical, traditional medicine academies, research and training centres in countries along the Belt and Road linked together by Telemedicine, Artificial Intelligence, VR/AR, and Big Data,” he said.

According to him, the CPHC is involved in a number of collaborations between Chinese and Pakistani universities, hospitals, and medical institutes.