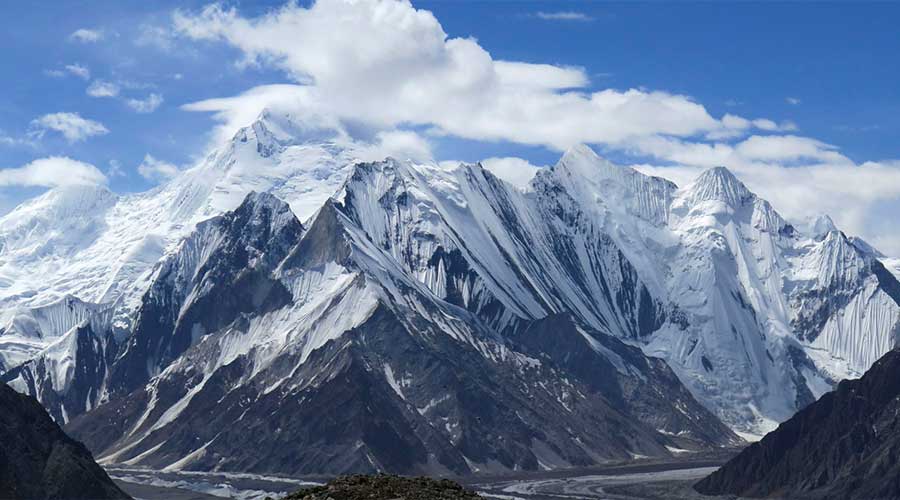 Muchu Chhish is located in Pakistan’s Gilgit-Baltistan and is the highest unexplored peak in the world. Apart from the experienced climbers, there is a good chance that few people have heard of this summit.

There is no perimeter for climbers when it comes to adventure. Mountaineers are ever-ready for their next adventure to climb to the top of highest mountains to capture the top view. For the enthusiast climbers who risk their lives to conquer the highest unexplored mountains in the world, a new challenge has appeared.

Muchu Chhish, a 7,453-meter lump of glacier-flanked rock and covered in ice in a far-flung valley of northern Pakistan’s Karakoram Range is a new top destination for the mountaineers to climb which is not the highest or hardest one to climb. The Muchu Chhish is located in the Karakoram Range, the same range is home to the eight-thousanders including K2, Broad Peak and Gasherbrum I&II.

However, according to the CNN report, Muchu Chhish is standing at 61 number among the top mountains of the world but interestingly remains untouched. Over the years, many climbers attempted to conquer the mountain but were unable to reach its elusive crest.

Muchu Chhish located in the Batura massif is the second-highest unclimbed summit on earth raising 7,453-meter-high from the ground. Apart from the Pakistani highest unexplored peak, another Asian highest 7,570-meter Gangkhar Puensum which is the highest unclimbed mountain on earth is located in Bhutan. The exploration of Gangkhar mountain is forbidden since 2003.

In August 2020, three Czechs named Pavel Korinek, Pavel Bem and Jiri Janak came to Pakistan in order to climb the mighty Muchu Chhish but the trip was formally called off due to bad weather.