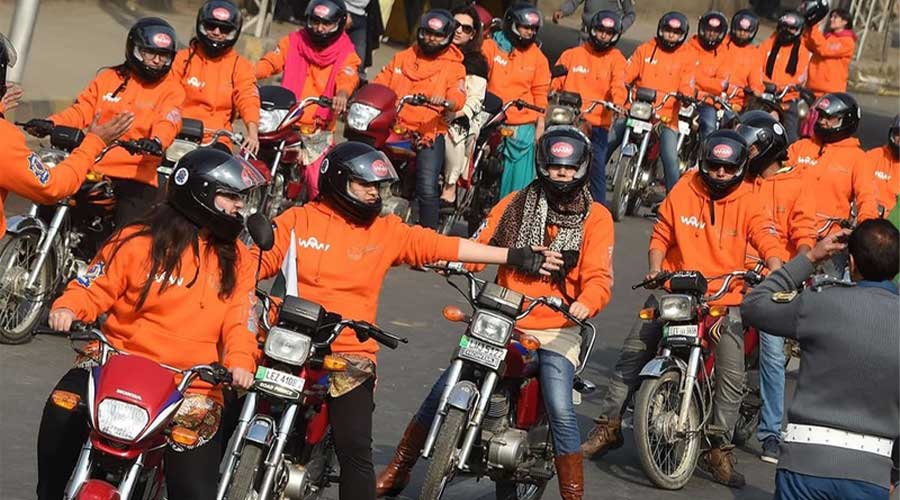 A girl named Shireen Ferozepurwalla in Karachi recently took to Twitter and shared the details of the ordeal that she faced because of her gender while seeking a bike license.

After few days of that heinous Lahore gang-rape incident when a lady was traveling without any male guardian, a woman approached the Clifton Branch of the Motor Vehicle Licence Office to get a license for riding a motorbike, which was a cost-effective transport option for her but she was rejected bluntly rather harshly and with a reason, that woman should not be allowed to travel alone and that woman would not be provided the licenses.

Shireen Ferozepurwalla took to twitter and raised her voice in series of tweets, “#Imran khan PTI. Can a woman not ride a bike in Pakistan? I’m being told by the License Office that they do not issue bike riding licenses to women. They said and I quote: “Larkiyo ko bike ka license nahi dete, aap gaari chalaye.” Why? What kind of rule is this? Please respond.”

The girl further shared about the gender discrimination she faced while getting bike license, “Got bike riding classes last month. Was literally so relieved to be able to ride a bike. You see, I can’t really afford a car right now and with the surging rates of other transport services, it was getting a little difficult for me to stay within my budget. Imagine paying 600PKR (Sometimes even 900PKR at peak times) for a one-way ride of 7.3km. That is roughly 1200PKR every single day (to and from office).”

She said all procedures were going well and she had to take a license now but then, a counter entered her details into the system. After which the girl told him that she wanted a motorbike license for which he lost his mind.

He said, “He told me and I quote “Aap nikal jaye yahan se. Bike ka license nahi dete hum larkiyo ko. Aap aurat he aap gaari chalaye”. She said, “I asked him the reason for this absurd rule but obviously he gave me no response other than continuously telling me to get out.”

At the end she left many question marks for everyone in the country when she posted, “Exactly what kind of law is this? Have these people decided themselves as to who should and who shouldn’t be allowed to ride a bike? Where do I complaint about this? Is anyone in this country accountable for anything at all?”