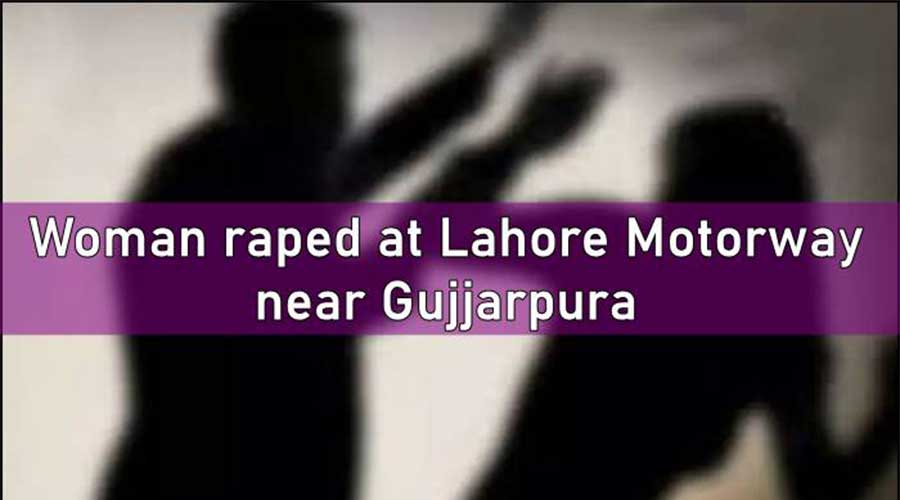 The horrific gang-rape of a woman stranded on the Gujjarpura motorway whilst traveling with her children causes outrage in Pakistan and Twitter is trending with the hashtags like #PublicHangingOfRapists, #HangRapists #hangrapistspublicly to demand justice for yet another heart-wrenching rape incident.

On Wednesday, a woman driving to Gujranwala ran out of fuel on Lahore motorway and called the motorway helpline, while she was seeking help two men approached the car, broke the car window, took them out and raped the woman in front of her kids and snatched cash or jewelry worth Rs 100,000.

The Punjab police in the early morning reported that twelve men have been taken into custody over their suspected involvement in the rape of a woman on the Sialkot-Lahore motorway. Some evidence has also been collected and the investigation is still going on.

The women’s car ran out of fuel near Gujjarpura, Lahore, she was with her children in the car when two men walked towards that car and broke the window and compelled her to park her car on the roadside. Both men forcefully took them to the nearby forest and raped the lady in front of her children. Those two unidentified men on the motorway directly fled right after the rape and stole her cash and jewelry worth Rs 100,000.

After the initial medical examination, it was confirmed that she had been brutally raped and her case has now been registered. At least 20 teams have been formed to investigate the case. This includes teams of the Special Branch, CIA, and Investigation Police.

Moreover, it has also been revealed that women called motorway police to ask help but they turned her away by saying that this area is out of their jurisdiction. “We haven’t been given orders to ensure the security of the area near Gujjarpura,” said motorway official.

There is only a single village near that area, residents have been asked about the incident as per the statement of police. Shahbaz Gill, the special assistant to the PM on political communication said that investigation is being carried out and urban and rural policing techniques are being used. The photos of the victim’s car have also been shared on twitter.