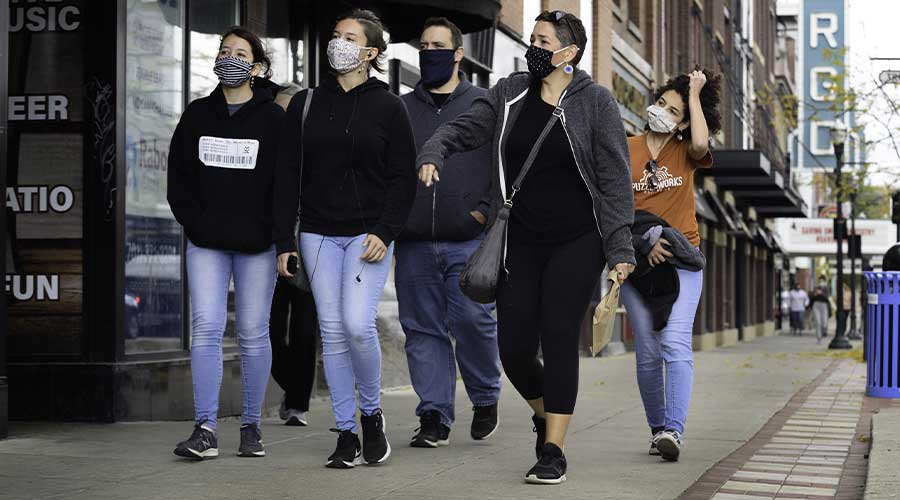 What is now called the third wave of coronavirus outbreaks in the United States of America after a tumultuous weekend that saw record-breaking numbers of new daily COVID-19 infections — an average of 68,954 new cases per day over a seven-day — is a debatable statement, since the country never successfully contained the virus.

By now, two waves of corona have disturbed the American citizens and it is said that the present state is the third wave. The current figures have surpassed the same figures recorded in April, during the first wave, and July, during the second wave.

According to the experts, the third Covid-19 wave could be more dangerous and it is feared that by December, the number of deaths in America could touch the figure of 3 lac or even more. So far, the number of deaths due to corona in the USA is around 2.4 lac. In an interview, the ex-Chief of Food and Drug Administration of the USA, Scot Kotleb said that in many states of America, the virus can expand more rapidly in a limited time.

Medical experts are very much annoyed over the attitude of the Trump administration as at first step, they refused to accept the existence of any such virus and later took insufficient steps to control the lethal decease. Even at present, the full focus of the Trump administration is over the preparation of vaccines instead of taking proper measures to combat the spread.

Some of the experts are of the opinion that the first wave of corona had never finished from the USA therefore it would not be appropriate to call the present situation the 3rd wave. The total number of corona cases in the USA is 9,132,679, the number of deaths is 233,298 and at present, the active cases in the USA are 2,958,904.

The USA has the biggest share in the world economy and due to the Covid-19, the economic activities there have been slowed which are badly affecting the whole world’s economy.