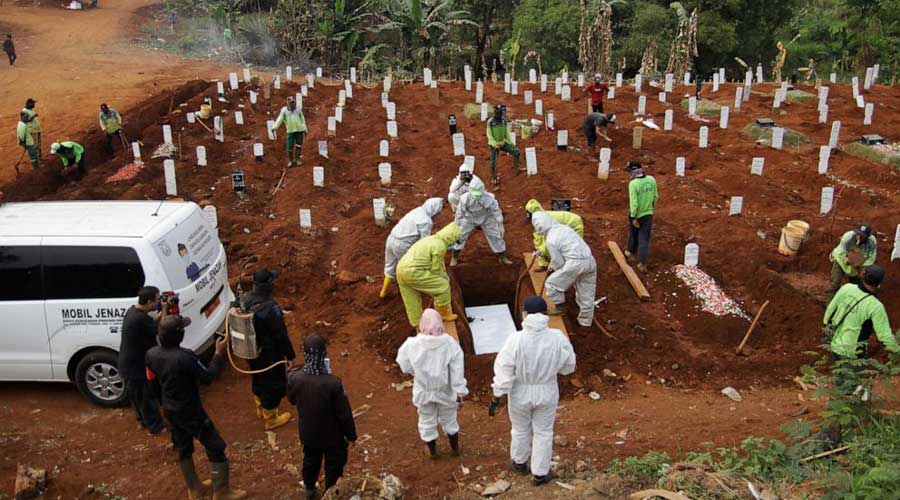 The global death toll from Covid-19 has surpassed the ‘agonizing milestone’ of one million with many regions still reporting surging numbers of new infections.

The condition from New York to India is horrible where daily coronavirus cases are increasing and no reduction has been seen till now. The virus was first seen in the Chinese city of Wuhan that spread for being a contagious disease to the whole world and the present condition even after the global Covid-19 death toll of 1 million is even worse.

Drastic controls that put half of humanity, more than four billion people under some form of lockdown by April at first slowed the spread, but since restrictions were eased, infections have soared again.

Pakistan, along with Italy, Thailand, Uruguay, Mongolia, Mauritius countries have successfully overcome the disease, as per the statement of the World health organization. Their efficient strategies and policies helped them to eradicate the disease but it has been reported that no country is completely free of coronavirus.

By 1100 GMT on Monday, the disease had claimed 1,002,036 victims from 33,162,930 recorded infections, according to a tally collected from official sources by journalists stationed around the world, and compiled by a dedicated team of data specialists.

Moreover, the highest death toll is found in the United States with more than 200,000 fatalities, followed by Brazil, India, Mexico, and Britain. This death toll figure tells only the deaths from coronavirus but besides, other deaths happened due to other diseases or illnesses.

Many vaccines are said to be developed and they are under different stages of trials but no highly effective vaccine or drug has been developed until now that could cure completely. Plasma therapy has been approved by many countries and no other complete treatment has been discovered so far.