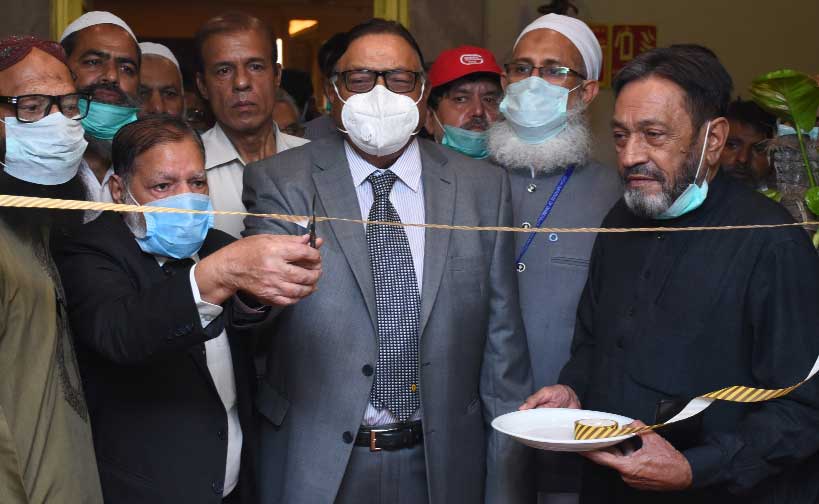 Experts have raised their voice while showing concern over the high prevalence of diabetes in Pakistan to reduce fat through regular exercise and dietary changed, it is helpful in reducing diabetes risk up to more than 50 percent.

Health experts have advised people to reduce fat at an event organized by the Diabetic Association of Pakistan (DAP) and the WHO Collaborating Centre in Karachi. Experts are of the view that diabetes is increasing in the country and the reason behind this prevalence is extra fat. They also said that the prevalence of obesity had increased in children and adolescents in developing countries while being an under-developed country, the number of obese people had tripled in recent years in Pakistan.

Sharing data on the status of diabetes care, Prof Abdul Basit, the DAP secretary-general, in a session dedicated to late Prof Abdus Samad Shera, said Pakistan was one of the countries with a very high rate of diabetes.

“Currently, there are over 19 million people with diabetes in the country and 26.2 million Pakistanis will have diabetes by the year 2030. Nearly 9.6 million children are overweight and obese,” he said, adding that the prevalence of hypertension had doubled in the country.

He further said that the network of foot clinics for diabetics has established with the support of the World Diabetes Foundation (WDF), added that the amputation rate reduced up to 50 percent by establishing 150 clinics across Pakistan.

He said, “So far, 34 clinics have been established providing free-of-cost care to children and adolescents. To build capacity, we have introduced the multidisciplinary team approach in diabetes care.”

Then he shared the benefits of exercise, “Becoming more physically active and losing extra fat is vital. It’s never too late to start. Making a few simple changes in your lifestyle now may help avoid the serious health complications of diabetes down the road. There are many benefits of regular physical activity that help lose weight, lower blood sugar, boost sensitivity to insulin, which helps keep blood sugar within a normal range.” he noted.