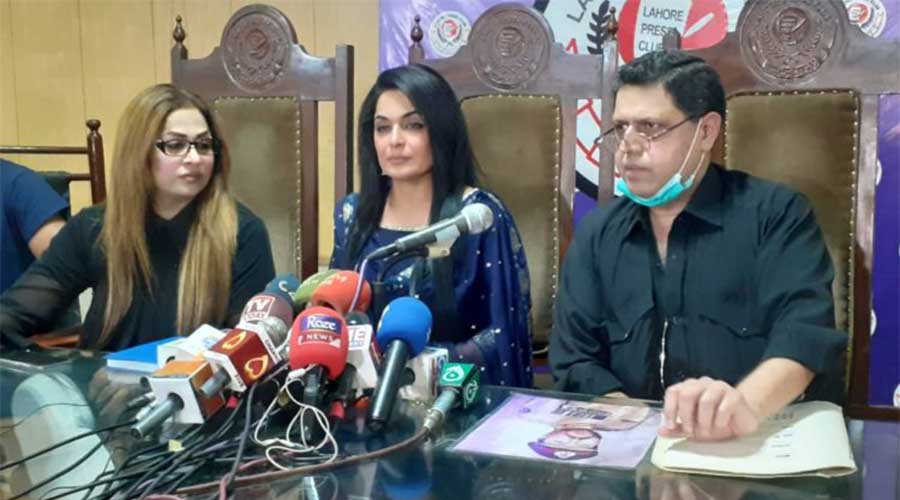 Film star Meera has claimed that she is a truthful and very clean woman with a strong character while waving her bank statement in front of journalists at Lahore Press Club here on Tuesday. The actress was addressing the rumours of her being involved in fraudulent activities.

She said that she was always ready to present herself to all government agencies for her audit and bank accounts scrutiny.

Meanwhile, while presenting statements in front of journalists at Lahore Press Club, she did not know where the needed statement is written and so she asked the man sitting beside her on which the whole club laughed out loud but Meera this time, tackled it very boldly and said,

“It doesn’t matter. Go ahead and laugh. It will make the headlines,” she said, at one such point, in an attempt to brush aside her own vexation.

The famed film actress was holding a press conference in Lahore to “disclose details of her assets”.

She said that she is a heroine in real life, not just in films. “Some people are accusing a real-life heroine like me,” the actress remarked.

“If the allegations against me are proved true, I will hang myself,” she added, with her usual touch of drama.

Meera claimed that she had done a few people some favors “for the sake of humanity”. “I am a pure, virtuous, and truthful woman,” she added.

She said she has no qualms revealing her assets, and that for the record, she has a villa in Dubai. “I present my records to all agencies. You may (try and) hold me accountable.”

Meera challenged that if the allegations of fraud against her were proven, she will hang herself in public. She offered that she will give the details of accounts to everyone.

However, the Baaji actor refused to provide the bank copy statement and left the press conference crying. She was in such a hurry that she left behind her father and domestic help at the press club and rode off with her driver.