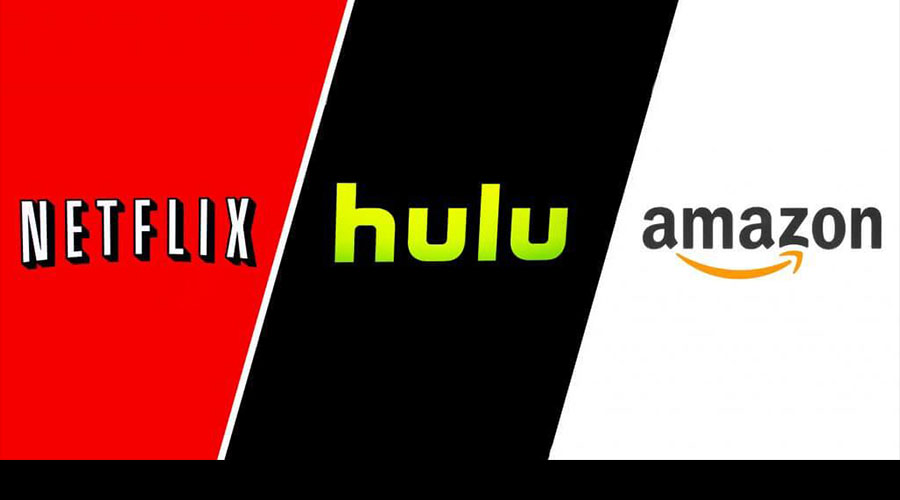 As the demand for streaming services grows over time, new services are launched but the best at your service right now are Netflix, Hulu, and Amazon Prime. Choosing between these three is a difficult task since the cumulative subscription cost of these three service providers is $40 but subscribing to these three at the same time is not feasible for everyone.

Here is the comparison between these three in terms of Price, Content, Service provided, Supported devices, Audio and Video Quality, Interface, and features.

The Netflix subscription options have a range from $9 to $16 depending upon your desired quality. If you choose SD resolution which is normal it will cost you $9 per month with one device to stream, for HD streaming Netflix charges you $13 per month with two devices to stream and for 4K videos, the cost jumps towards $16 per month in which you can have four streams at the same time.

The Amazon is offering two versions of its Prime subscriptions annual based and monthly based. The annual is of $119 and the monthly version is at $13. There is a discount for students if they register with the service through valid student email addresses which cost them $59 per year.

The perks offered by Amazon to its yearly based customers and monthly based customers are the same. The most important thing is while using Amazon, you can watch Video on Demand and 4K Ultra HD content without paying for any extra charges.

So for those who have a stable connection can choose Amazon Prime for its cheap price and 4K HD option. The extra features of Amazon Prime give advantage to the service provider over its competitor.

Then comes Hulu. The Hulu has decreased their prices from $8 to $6 of its ads based subscription and for their ad-free option, they charge $12. The Hulu is also offering streaming Tv use like YouTube TV or Sling TV. There are 50+ channels that you can get access through Hulu TV+. If you merge Hulu+ and Disney+ then you can get a $6 in discount through free access of ESPN.

You cannot compete with quantity over quality. Amazon does have a lot of content but the Netflix quality content is unmatched. Netflix has the most popular shows and movie portal than other service providers. You can watch and watch shows without any fear of running out of shows to watch.

Hulu can compete with Netflix here if Disney loads the original content from its properties but that will certainly not happen any time sooner.

Hulu keeps updating the interface and now it’s a lot easier than the previous models. The options of Keep Watching, Movies, and Kids make it simple to navigate. Adding up other services is also displayed on the main interface.

Netflix too has great functionality to find content easily. Through its suggestive video policy, you can have personalized top picks categories on the home screen.

The user interface of Amazon has not been up to the mark as it has a scattered interface. But still, they are improving by cutting the clutter.

So in this category, Hulu has a higher ground in terms of its quick interface and ability to integrate premium channels.

All the streamers are offering 4K Ultra HD resolution some are charging high and some are low for the 4K subscription.  But only Amazon is offering HDR 10+ support. And for the audio quality too the Amazon is using surround sound system. Along with Dolby Atmos support.

Amazon is offering three top services, 4K, HDR, and Dolby Atmos support without any extra charges so comparing to Hulu and Netflix, Amazon Prime again has upper hand in this category.

If you wanted to watch the latest episode of your favorite show after it airs then the Hulu is a good option for you. After shows air on TV, the new episode usually appears after one day on Hulu. On the other hand, Netflix’s ad-free service does not add the latest season until after the new season begins. So for those who want to stream the latest series after airing then Hulu is best in this option.

Netflix easily wins this one when we talk about original content. It all started with House of Cards when the show won Emmys and then we saw a rise in Netflix originals. Since then Netflix collects thousands of hours of original content from multiple countries.

Hulu’s one of the best series The HandMaid’s Tale is a Hulu original service and Amazon’s notable shows are Good Omens, the Man in High Castle, Jack Ryan, and much more worth watching. But still, when it comes to creating original content Netflix is the winner.

Apart from these features, there are other categories as well which are very important for users. Like for subtitles and parental guide options, Netflix has an upper hand. Back in 2014 Netflix make an agreement for the subtitle all of its content. And also there is a parental control function. Netflix is offering kids options so that your child can see what you want. After Netflix Hulu is launching the same scheme in the mobile app to allow parents to control the seen content.

In the end, if we have to pick one from Amazon Prime, Hulu or Netflix, we can easily say Netflix is the one to choose from the trio.