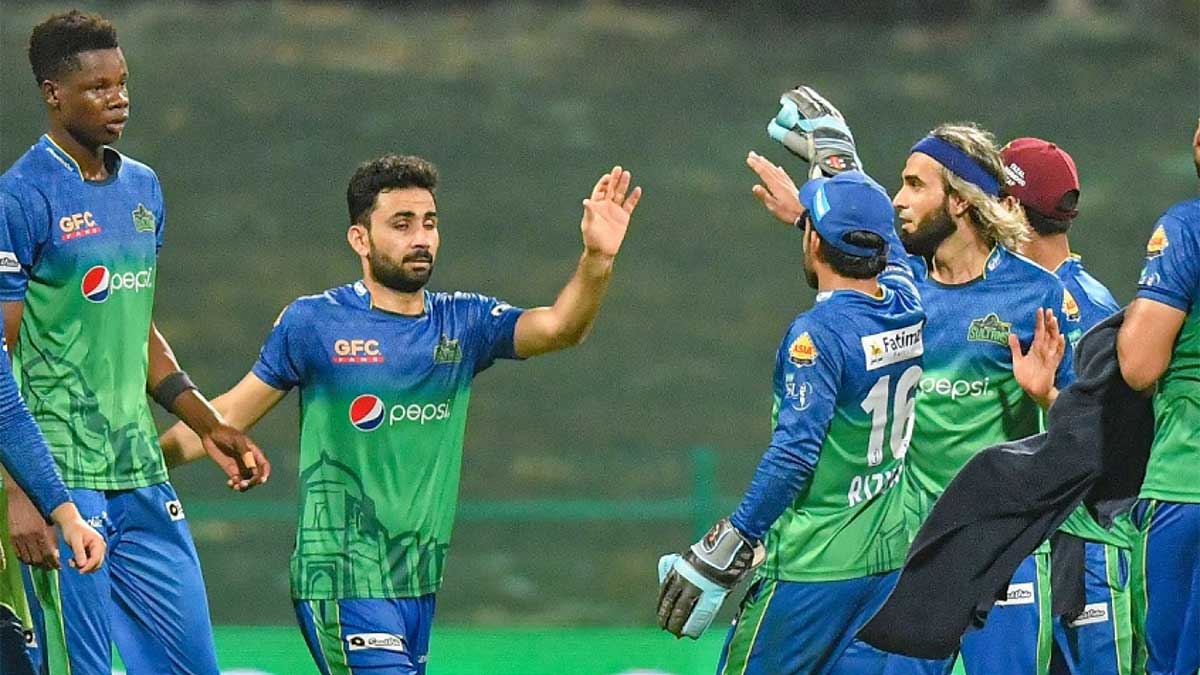 The sixth edition of the HBL PSL 2021 is concluded with the Multan Sultan’s holding their first ever PSL trophy after beating former PSL champions Peshawar Zalmi by 47 runs. Meanwhile, here are the shining players of the tournament who entertained viewers with their performances in HBL PSL 6th edition.

Multan Sultans’ Sohaib Maqsood won the player of the match award after scoring 65 runs not out in the final against Zalmi.

Due to his outstanding batting performance, he was also named the best batsman and player of the HBL PSL 2021. He has a strike rate of 156.77 and has scored 428 runs with 5 centuries. His run average is 47.55.

Muhammad Rizwan, the captain and wicket keeper of the Multan Sultans, was named the winner of the award for the most catches by a wicket keeper in a T20 event.

From behind the stumps, he had 20 catches during the PSL 20201, which is the third most amount of catches in the world among Pakistani players.

Mohammad Rizwan (Multan Sultans) is the best wicketkeeper in the HBL PSL 2021. (20 dismissals)

Shahnawaz Dahani, a fast bowler, had the most wickets in the 11 PSL matches he played. Throughout the event, the 22-year-old from Larkana took 20 wickets and won two awards. Dahani’s greatest performance came against the Lahore Qalandars, when he took four wickets for five runs.

Shahnawaz Dahani (Multan Sultans) is the best bowler in the HBL PSL 2021. (20 wickets)

Throughout the competition, the player from Khyber Pakhtunkhwa had nine catches.

Some other PSL records and players

The Pakistan cricket team captain Babar Azam, who led the PSL 2021 with 554 runs in 11 games, was named the player with the most runs. In addition, the 26-year-old has the most half-centuries in this competition.

Usman Khawaja and Colin Monroe had the best partnership in the PSL 6. Khwaja is also one of only two players this season to score a century. Against Peshawar Zalmi, he had a stunning inning of 105 runs in 56 balls.

Sharjeel Khan was the second player to hit a century, scoring 105 runs in 59 balls. Khan is also the tournament’s all-time leader in sixes.