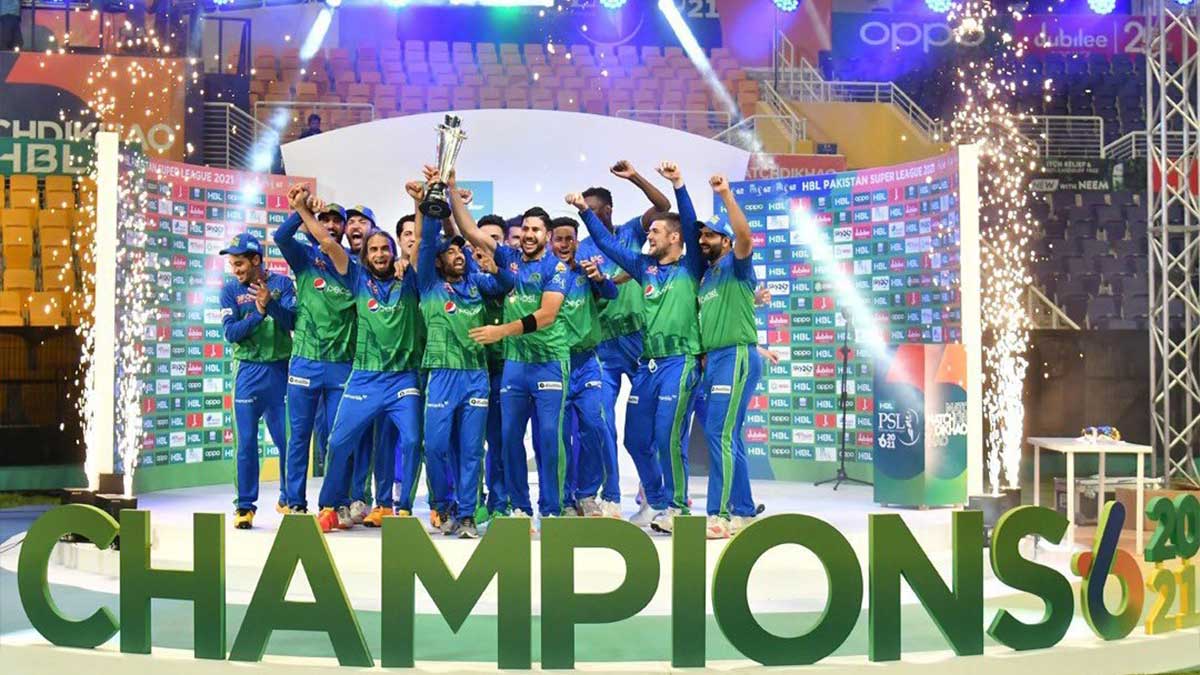 The Sultans were unstoppable in the Pakistan Super League final, winning by 47 runs over Peshawar Zalmi, the former champions.

In reply, the Zalmis never found their top gear, managing only 159 for nine in 20 overs under Wahab Riaz’s leadership.

Following the departure of the two openers, Maqsood and Rossouw took centre stage, putting the Zalmi bowlers to the test with a 98-run third-wicket partnership off only 44 balls.

While Maqsood was outstanding, Rossouw, unleashed a furious attack on the Zalmi bowlers, scoring a half-century off just 21 balls.

The Sultans’ ruthless show of attacking batting was then followed by Khushdil Shah (15 not out, 5 balls, 2 sixes) taking the score past 200. Zalmi bowlers had no answer to the Sultans’ merciless exhibition of offensive batting.

In response, Zalmis put a lot of faith in Hazratullah Zazai, who had three half-centuries in four games going into the final.

However, the Afghan batsman was dismissed for just six runs in the huge chase, and the Zalmis were off to a bad start with number three Jonathan Wells (6) losing his wicket to a run out. When veteran opener Kamran Akmal (36, 28 balls, 5 fours, 1 six) became the Zalmis’ third batsman to fall, the game was effectively over.

With 149 needed off 64 balls, hard-hitting West Indian Rovman Powell (23, 14 balls, 2 fours, 1 six) joined Shoaib Malik (48, 28 balls, 3 fours, 3 sixes) in the middle and the innings was revived. However, the Sultans bowlers, led by the evergreen Imran Tahir (3/33), held their nerve to offer the squad the delight of collecting the prized trophy at the end of their 64-run partnership off 29 balls, killed the game.

Player of the final: Sohaib Maqsood (Multan Sultans) (65 not out)