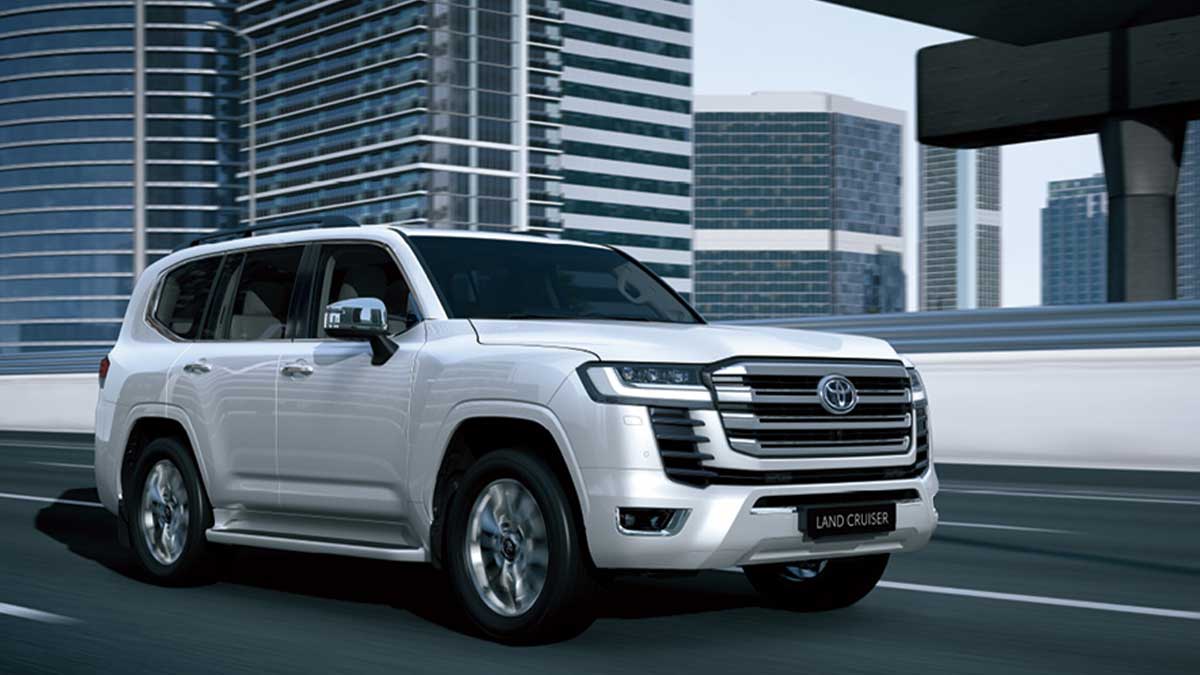 In a major world reveal aired from the United Arab Emirates, Toyota introduced the new generation of their all-terrain beast, the Land Cruiser J300.

The 2022 Japanese off-road legend, known as the J300, came in front of a global audience in fittingly spectacular style, in an environment of expectation that other manufacturers could only dream of creating for their own heavy-metal offerings.

Toyota previewed the arrival with a few darkened images ahead of time, which is the way manufacturers do things these days, but it was enough to have both the media and the public excited.

Viewers watched as the J300 was presented in a multimedia presentation that included footage of the newcomer blasting through sand and pebbles with ease.

And the commentators were quick to point out that this current iteration is the most powerful and advanced Land Cruiser ever.

The goal was simple: Toyota wanted to make a car that was “easy to drive and did not fatigue the driver both on and off the road.”

The new Land Cruiser has a blocky, substantial appearance at first impression.

Although there are several alterations from the previous generation, particularly in the light locations and bumper shape, Toyota has maintained the length, width, and wheelbase the same.

To minimise weight and boost rigidity, the car’s frame was rebuilt. In reality, the vehicle is 200 kg lighter than its predecessor.

It also has a lower centre of gravity, which should help with handling and, especially, cornering.

The suspension has been improved thanks to the addition of an E-KDSS system, as Toyota calls it.

A multi-terrain monitor has been added to the new model, which displays hazards as seen from the driver’s perspective.

The power comes from a twin-turbocharged V6, which comes in 3.5-litre petrol and 3.3-litre diesel versions. 410 and 305 horsepower will be produced by these engines, respectively.

Although no pricing has been announced, the Land Cruiser will be available in the summer all around the world, including the United Arab Emirates.