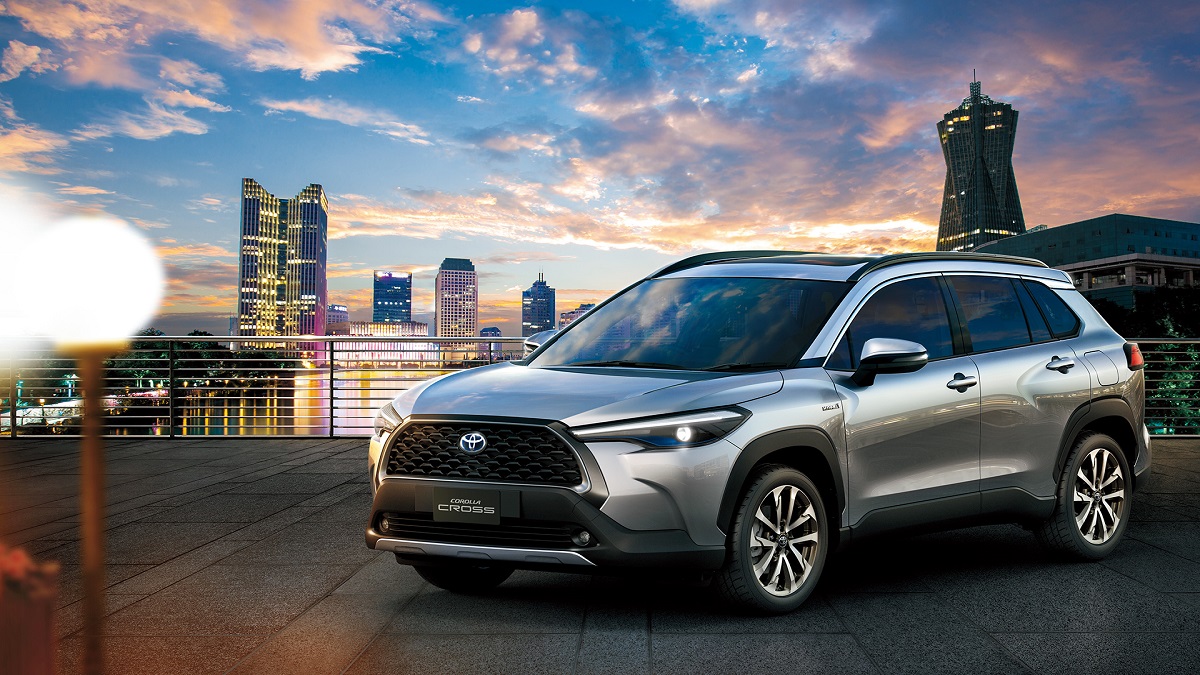 In Pakistan, the Toyota Corolla Cross has finally arrived. It was expected to launch in December 2020, but it was moved back to April 2021 for undisclosed reasons.

Bookings for the vehicle will begin on April 10, 2021, according to Toyota Indus Motors (IMC). In the meantime, vehicle deliveries will begin on July 1st.

According to reports, three versions will be available, the names of which have yet to be announced. The only thing we know is that the variants’ names will be announced around April 8th to 9th.

The cars will be imported as Fully Built Units (CBUs) by Indus Motors, and there has been no word on whether the company plans to assemble the Corolla Cross in Pakistan.

Since the Toyota Corolla Cross is a CBU imported from Thailand, it is very expensive. The prices of all of its versions are as follows:

According to the report, reservations for the Corolla Cross will open on April 10th, with deliveries starting on July 1st. The base and mid-tier variants’ booking amounts are likely to vary from low to high in the Rs. 3 million range, whereas the top-tier variant’s booking amount could be in the low Rs. 4 million range.

The Toyota Corolla Cross, despite being a hybrid, is potentially too pricey to be a subcompact SUV. Due to brand loyalty alone, it would have gained greatly from the Pakistani market if it had been a relatively low-cost CKD.

The vehicle may be in high demand after its introduction, but given its price point and the abundance of cheaper alternatives, this seems unlikely.

According to sources, both models will be equipped with a 1.8-liter 4-cylinder hybrid petrol engine that produces 168 horsepower at 3600 RPM and 305 Nm of torque at 3600 RPM when combined with the output of an electric motor. An e-CVT automatic transmission sends all of the power to the front wheels.

It’s the same as in the Prius and the Corolla Hybrid, C-HR, of the 12th century. 215/60 17′′ Alloy wheels will be standard on all Pakistani-bound CBUs.

The Corolla Cross is a B-segment SUV that, like the C-HR, is based on Toyota’s Latest Global Architecture (TNGA) platform.

ABS, VSC, and Hill-start assist will be standard on all models of the new SUV crossover. Brake assist and electronic brakeforce distribution (EBD) will also be standard.

In terms of airbags, both models will have front airbags, but the top variant/High will also have a curtain as well as a driver knee airbag.

The immobiliser is a common feature. The base model will have two rear parking sensors, while the Mid and High models will also have front parking sensors.

Interior features include an 8-inch touchscreen infotainment system, leather seats, Dual-Zone Climate Control, and rear AC vents in the top and mid-tier variants. Fabric seats, a simple audio system with CD/BT, and Single-Zone Auto climate control are included in the entry-level model, but there are no rear-seat AC vents.

A power + kick sensor trunk door is also available on the top model, while the base and mid-tier variants only have an electronically locking boot.

Despite being a hybrid, the car is too pricey to be a crossover SUV. Even though brand loyalty may lead to high demand, the newcomer will face stiff competition from the market’s cheaper established alternatives.