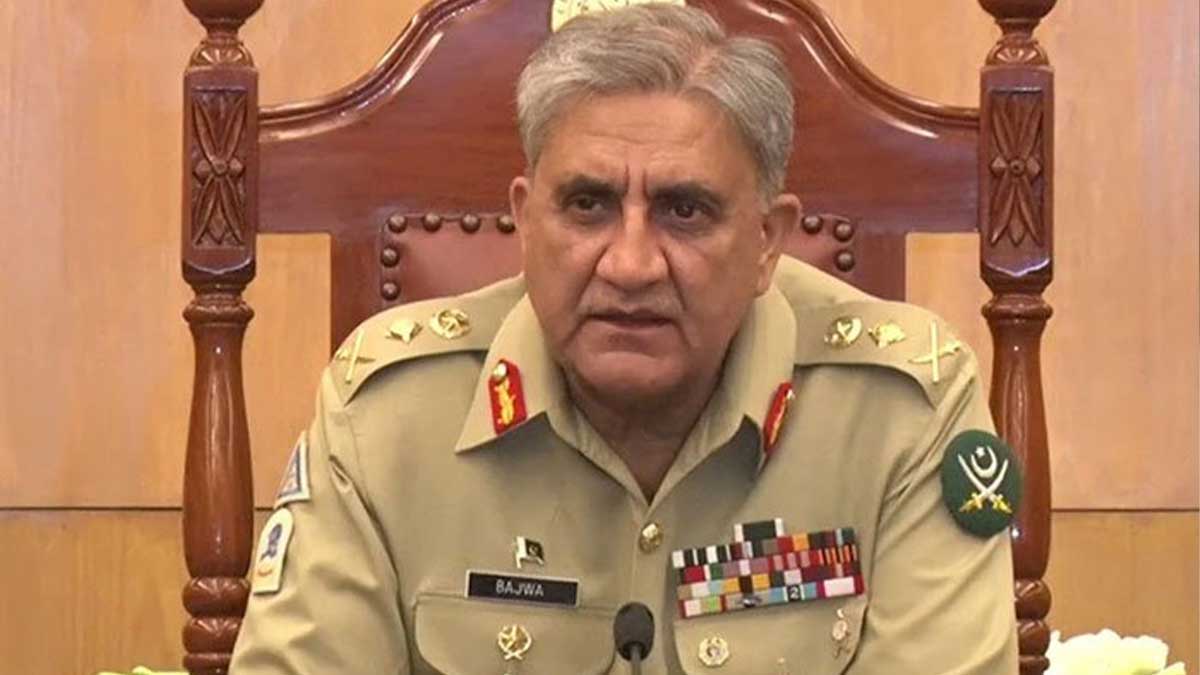 According to a statement from the Inter-Services Public Relations (ISPR), Chief of Army Staff (COAS) General Qamar Javed Bajwa stated that terrorists will not be permitted to disrupt the country’s peace process.

According to the ISPR, the army chief made the remarks during a visit to the Southern Command Headquarters in Quetta, where he was met by Corps Commander Lieutenant General Sarfraz Ali.

The army chief was briefed on the situation on the ground, operational readiness, border management, including fencing along the Pak-Afghan and Pak-Iran borders, socio-economic initiatives undertaken by the army in support of the Balochistan government, and ongoing efforts to improve the capacity of LEAs to ensure peace and stability.

On the occasion, COAS Bajwa stated that the Pakistan Army would make every actions to achieve permanent peace for the province’s long-term socio-economic development.

The army chief stressed the importance of assisting the province administration in maintaining peace and order, while praising officers and men for their focused efforts, attentiveness, and strong morale.

The comments by army chief comes a day after four Frontier Corps (FC) members were killed and eight others were injured in two separate terrorist assaults in the Balochistan cities of Quetta and Turbat, according to the ISPR.

“In the first incident, terrorists targeted the FC position near Pir Ismail Ziarat,” the Pakistan Army’s media wing stated in a statement.

“Terrorists in Turbat targeted an FC vehicle with an IED in the second incident,” the ISPR added. Two FC soldiers were hurt in the blast.

“Security personnel are adamant on putting an end to their malicious plans, even if it means sacrificing blood and life.”