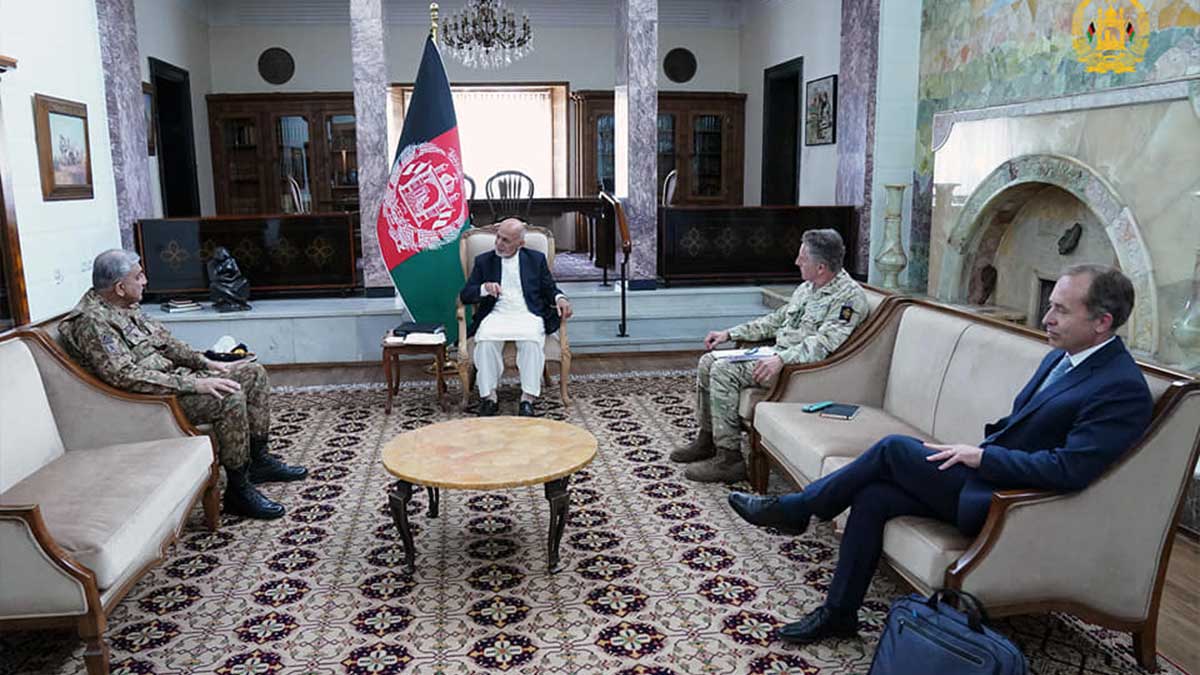 According to an Inter-Services Public Relations (ISPR) release, Chief of the Defence Staff of the United Kingdom, UK General Sir Nicholas Patrick Carter, was also present at the meeting between COAS Bajwa and Afghan President Ghani.

Apart from the Afghan peace process, Ghani and Bajwa addressed increased bilateral security and defence cooperation as well as the importance of successful border management between the two brotherly countries.

A peaceful Afghanistan means a peaceful Pakistan in particular, according to the Army Chief, “We will still endorse a “Afghan-led, Afghan-owned” peace process based on mutual agreement among all stakeholders.”

Meanwhile, the Afghan president expressed his gratitude to COAS Bajwa for a fruitful discussion and praised Pakistan’s sincere and constructive position in the Afghan peace process.

COAS General Qamar Javed Bajwa landed in Kabul to meet with Afghan officials. The Afghan peace process, as well as Washington’s plans to withdraw all US troops.