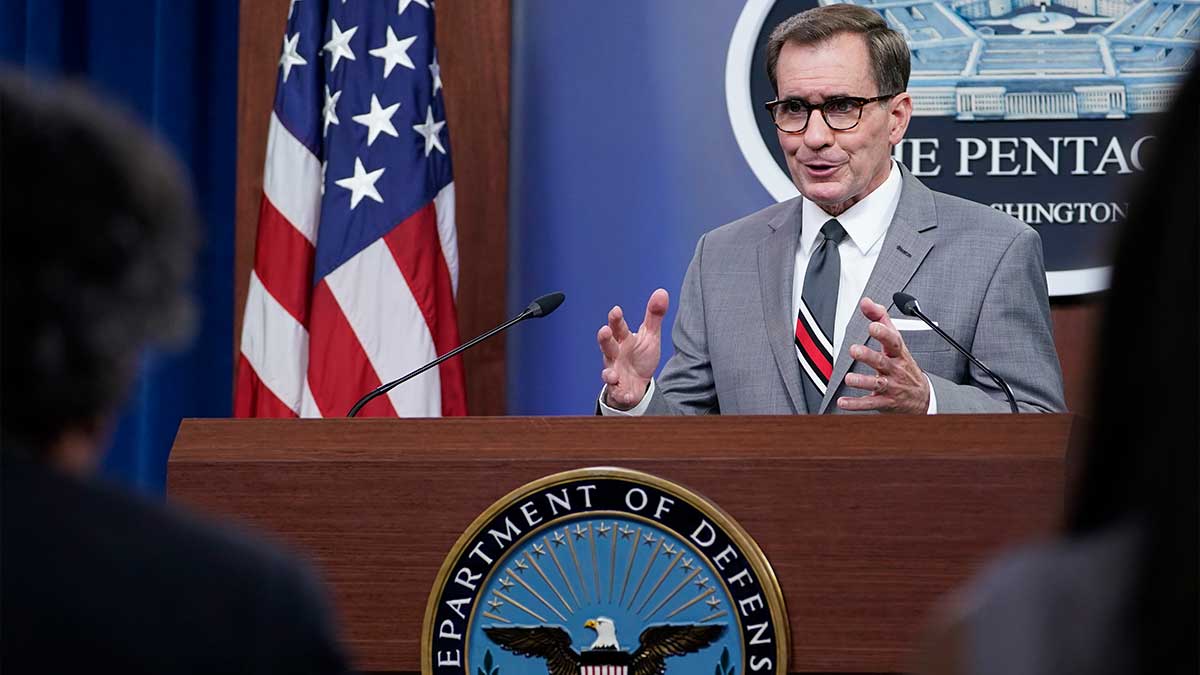 The Pentagon blamed Pakistan yet again for the tumultuous Afghan situation, claiming that terrorist safe havens along the Pak-Afghan border were the root of instability and insecurity.

John Kirby, a Pentagon spokesman stated that the US will continue aircraft attacks in support of the Afghan air force when and where needed, expressing his commitment to continue helping the Afghan government. As Taliban insurgents stormed a sixth provincial Afghan capital, he claimed the security situation in Afghanistan is “not going in the right direction.”

Read more: US admits it left Bagram air base without informing Afghan govt

Pentagon spokesman, urged Afghanistan’s neighbours to avoid acts that undermine regional stability. He stated that talks with Pakistan over terrorist safe havens along the Pakistan-Afghan border were ongoing. Pakistan had also been a prominent target of terrorism, he highlighted.

The US is concerned about the situation, according to Kirby, but Afghan security forces are capable of combating the rebel group.

“These are their armed forces, province capitals, and people to defend, and it’s really going to come down to the leadership that they’re willing to emanate right now,” Kirby said.