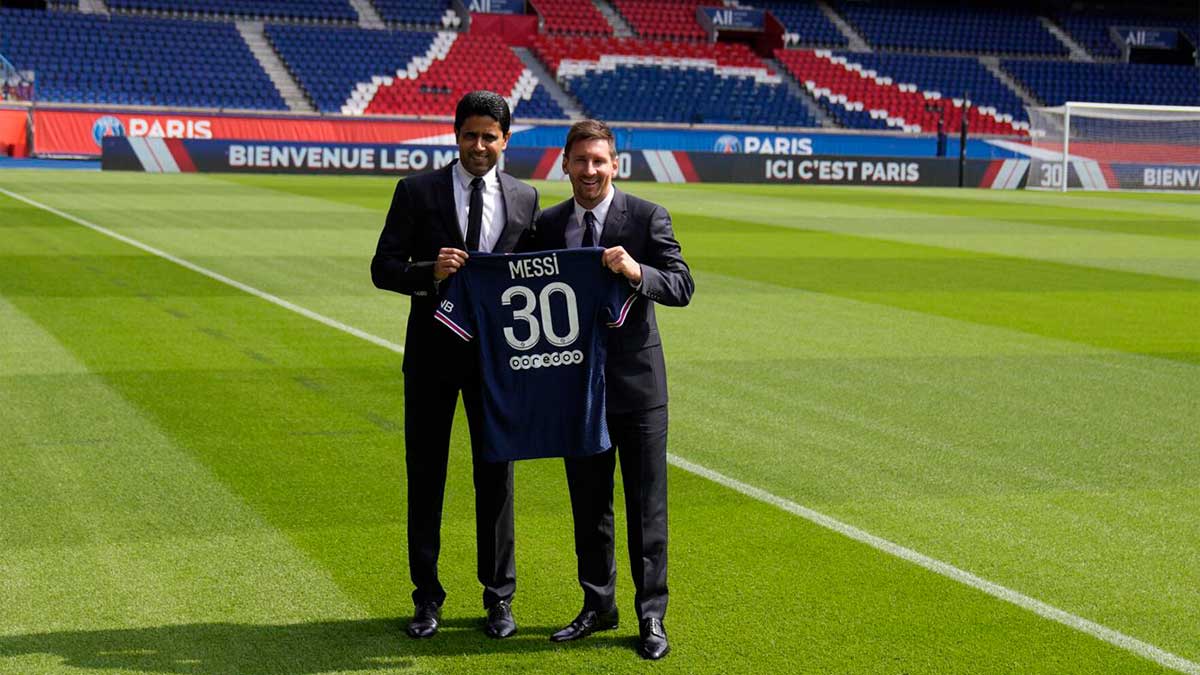 Following his departure from Barcelona, Lionel Messi has joined Paris Saint-Germain (PSG) on a free transfer.

After a historic 21-year run at Camp Nou, the six-time Ballon d’Or winner has decided to pursue his career at Parc des Princes.

Messi has agreed to a two-year contract with Parc des Princes, with the option of a third year, and will allegedly earn €35 million (£30 million/$41 million) per year in pay.

When Barca announced that they couldn’t afford to re-register the 34-year-old, it sent shockwaves throughout the football world, and PSG moved fast to capture the services of the six-time Ballon d’Or winner Messi.

Why Did Messi Leave Barca?

Messi’s next move has been a major topic of debate since he submitted a transfer request at Camp Nou at the end of the 2019-20 season, with Manchester City, Inter, and Bayern Munich all linked with the Argentine, as well as a prospective move to Major League Soccer.

Barca persuaded Messi to stay for another season, and after helping the club win the Copa del Rey under Ronald Koeman, he reconsidered his decision to end his 21-year career in Catalunya.

The Blaugrana had to postpone a formal announcement of a new deal for Messi, who opted to stay on their books for another five years after becoming a free agent on June 30 due to a well-documented financial difficulty.

However, since Barca had already over La Liga’s salary limitation, the renewal offer had to be scrapped, leaving their talismanic captain with no option but to announce his departure.

What Will Messi Bring To PSG?

PSG have signed a player who will undoubtedly go down in history as the greatest player to ever walk the Camp Nou grass, with his record of 672 goals in 778 appearances for Barcelona unlikely to be surpassed anytime soon.

After making his debut for the Blaugrana as a 17-year-old in 2004, Messi helped the team win 34 trophies in all, including four Champions Leagues and ten La Liga titles.

PSG may find the Argentina international’s enormous experience and unquenchable desire for significant trophies beneficial as they attempt to win domestic and European titles in 2021-22.

The PSG manager Mauricio Pochettino is on the moon as PSG lured world’s top player Lionel Messi. With Messi, PSG have so many options in the forward. Meanwhile, Pochettino is also eyeing to recapture the Ligue 1 title from rivals Lille and to clinch Champions League trophy as they do have the perfect force to grab the opportunity.