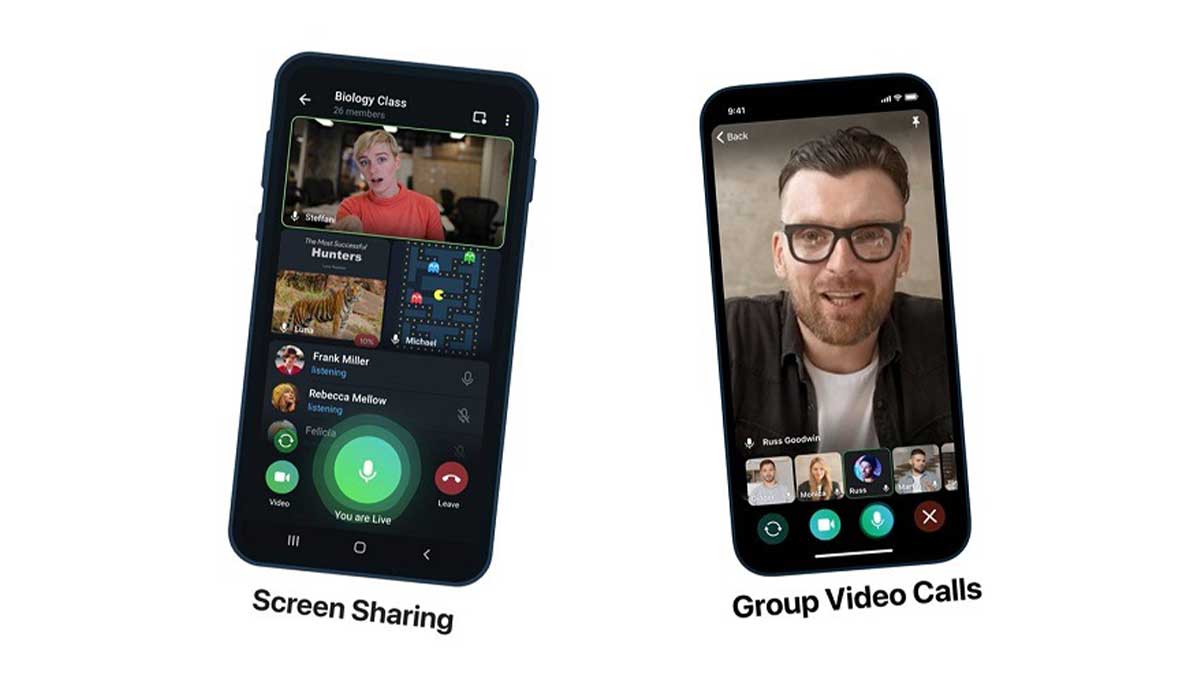 Telegram has added group video calls to up to 1000 viewers. Telegram, a popular messaging service, has added new features to its app, including the ability to increase the number of participants in a video chat, an auto-delete feature for messages, and other tweaks.

As previously stated, video messages have been upgraded to version 2.0. This means that the circular press-hold video messages are now higher-resolution, and you may enhance the circular video by tapping the message. The video message can also be paused and scrubbed through. You can also record voice messages without pausing the background audio.

Surprisingly, the most recent update features the same feature that we’ve seen on WhatsApp. Videos sent through Telegram can now be viewed at 0.5X, 1.5X, or 2.0X speed. 0.2X speeds will be supported on Android as well.

Read more: Know How To Schedule Messages On Telegram

The most notable upgrade by Telegram is “Group Video Conferences 2.0,” which allows video calls with up to 30 participants to broadcast their cameras and screens to an audience of up to 1000 people. Telegram also hopes to raise the video call limit so that “all humans on Earth can participate in one group call.”

Additionally, you can share your screen with audio. A new auto-delete feature is also included in the update.

After one month, your messages will be automatically deleted. Before emailing an image to a friend or group, you can now sketch more precisely on it.

The passcode screen now has more animations, and messages added to a chat now animate in a different way on the Android app. If users don’t have a recovery password, a new password reset option has been introduced to the apps’ settings, which will enable them retrieve a password in 7 days.

Finally, dance emojis, fist bumps, shattered hearts, and sad-face emojis are among the new animated emojis. The Telegram iOS app now integrates with the camera app on iOS, allowing you to switch between zoom and wide cameras while shooting a photo directly from the Telegram app.