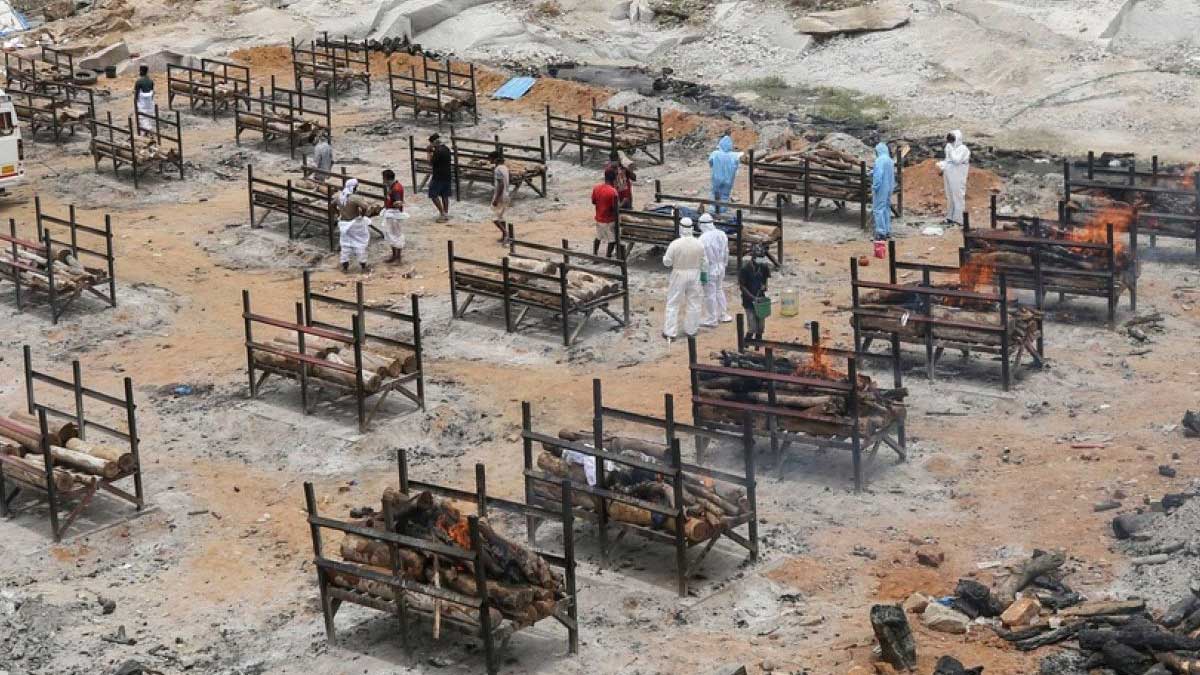 Actual Covid-19 death toll in India may be up to 10 times higher than the nearly 430,000 fatalities reported by authorities, a new study conducted by researchers in India, Canada, and the US has found.

On Tuesday, a United States research group revealed that India’s coronavirus death toll is up to 10 times higher than reported, making the country’s worst humanitarian disaster since independence. According to the estimate of the Centre for Global Development study, the highest yet for the carnage in the South Asian nation of 1.3 billion people, which is emerging from a devastating surge partly fuelled by the Delta variant in April and May.

Read more: What is ‘black fungus’ that is hitting India’s COVID-19 patients?

The study’s analyzed data from the start of the pandemic to June 2021, suggested that between 3.4 million and 4.7 million people had died from the virus.

“Actual death toll are likely to be in the several millions, not hundreds of thousands, making Covid-19 arguably India’s worst human tragedy since partition and independence,” the researchers said.

Experts have been casting doubt on India’s toll for months, blaming the stressed health service rather than deliberate misinformation. Several Indian states have revised their virus tolls in recent weeks, adding thousands of “backlog” deaths.

The centre’s report was based on estimating “excess mortality”, the number of extra people who died compared with pre-crisis figures.

The Harvard University expert acknowledged that estimating mortality with statistical confidence was difficult. “(But) all estimates suggest that the death toll from the pandemic is likely to be an order of magnitude greater than the official count,” they said.

However, a World Health Organisation report in May that up to three times more people had died around the globe during the pandemic, from coronavirus or other causes — than indicated by official statistics.