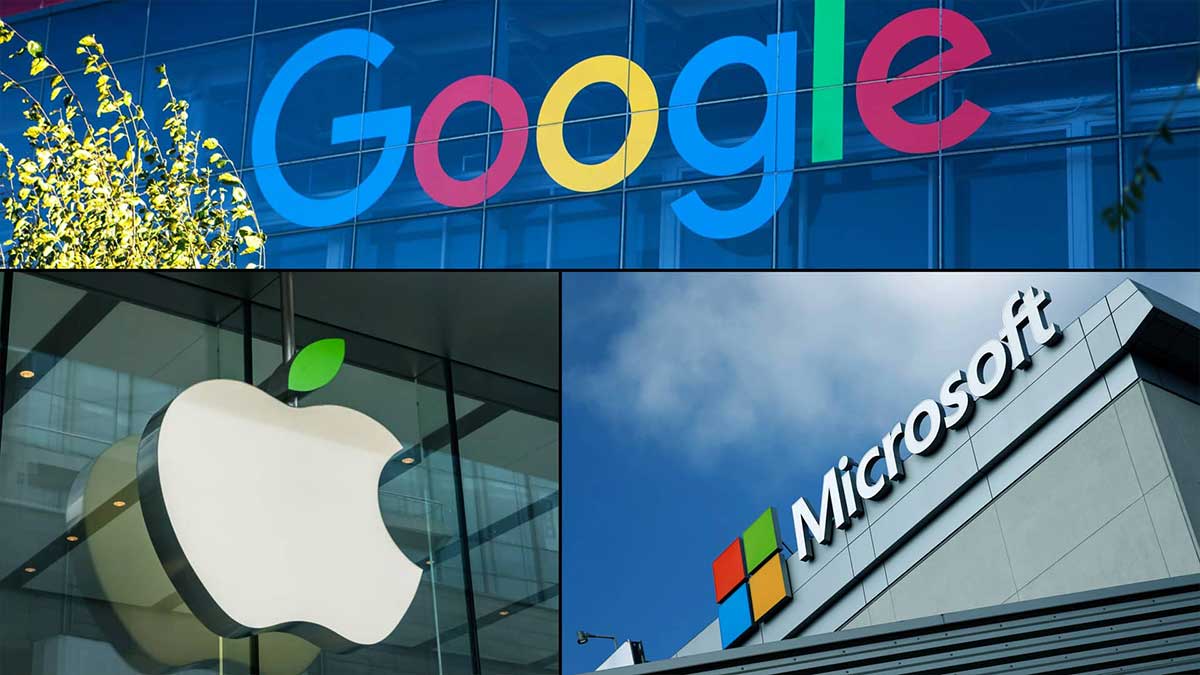 Tech giants Apple, Microsoft, and Alphabet, the parent company of Google, posted combined profits of more than $50 billion in the April-June quarter.

As the coronavirus pandemic continues to drive a trend toward working, buying, socialising, and more online, the results come at a time when consumer demand is on the rise.

The three businesses have a combined market value of $6.4 trillion, which is more than double what they were worth when the pandemic began 16 months ago.

The impressive quarterly results released on Tuesday only served to highlight why government regulators in the United States and elsewhere are increasingly considering their options for limiting the businesses’ power.

Apple: Best ever surge in revenue

As coronavirus limitations were removed, Apple’s quarterly profit nearly doubled, thanks to increased customer spending and a “growing sense of optimism.”

The California-based internet behemoth’s sales increased by 36% year over year to $81.4 billion, the highest quarterly total in the company’s history.

In a conference call, Apple CEO Tim Cook said, “This quarter saw a growing feeling of optimism for consumers in the United States and around the world, fueling renewed hope for a better future.”

“We’re still in the early stages of 5G, but its extraordinary performance and speed have already had a huge impact on how people use our technology,” Cook added. “Customers are raving about the iPhone 12’s ultrafast 5G speeds.”

On the back of increased iPhone sales and digital services, Apple’s profit increased to $21.7 billion, or $1.30 per share.

Nonetheless, Cook added that the expansion of the coronavirus delta type was casting doubt on how the rest of the year would go. “Recovery will be a long and twisting journey.”

“In many parts of the world, there was a growing tide of online activity, and we’re delighted that our services benefitted so many people and businesses,” Alphabet CEO Sundar Pichai said.

Long-term investments in artificial intelligence and cloud computing, according to Pichai, were key to the company’s success.

Alphabet’s profit nearly tripled from the same period last year, to $18.5 billion, or $27.26 per share. Total revenue increased by 62 percent to $61.88 billion from the previous year.

Microsoft: Work from home pays off

Microsoft announced $16.5 billion in quarterly profits, up 47% over the same period last year.

Microsoft’s net income of $2.17 per share was higher than expected by Wall Street.

During the coronavirus pandemic, the company’s profits rose due to increasing demand for its software and cloud computing services for remote work and study.

Supply concerns hampered the software company’s personal-computer segment, which gained only 9% between April and June, including for its Surface and Windows products.