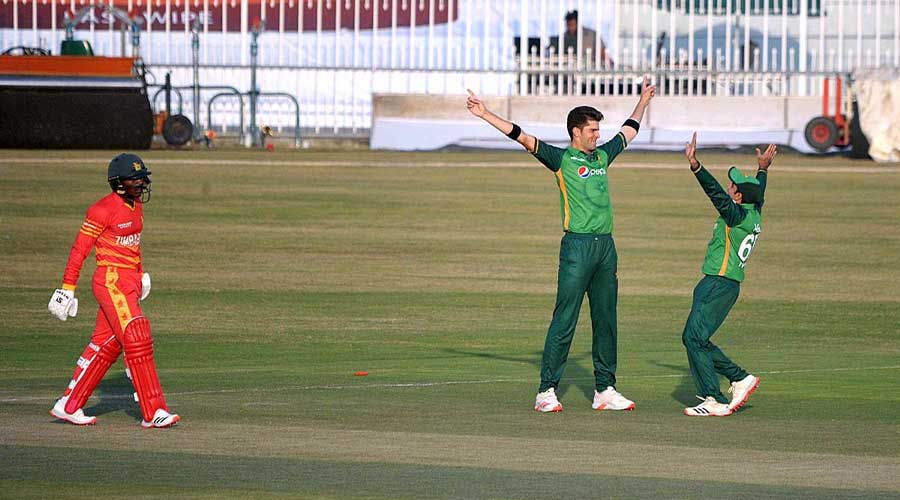 Zimbabwe was on the verge to grab the victory in the first ODI after Brendan Taylor scored a century but thanks to Shaheen Afridi who took five wickets Pakistan fended off the Zimbabwean side.

Pakistan clutched a 26-run victory in the first game of the three-match ODI series, which is very important for both teams in order to qualify for the World Cup 2023. It was Zimbabwe’s 500th international defeat.

The Pakistan team scored 281-8 in 50 overs before stopping Zimbabwe at 255. The visitors were surely hunting to grab victory but their wicketkeeper-batsman Taylor fell at 112 in 47th over. The wicket keeper also took three catches and played an important part in the whole match.

Pakistan wickets fell off at regular intervals as there was no crucial partnership except opener Imam-ul-Haq (58) and Harris Sohail (71).

Babar Azam celebrated a hard-fought success in his first ODI as Pakistan captain.

However, Imam Wasim bashed a few sixes at the end of the innings as he scored unbeaten 34 runs in 26 balls.

Zimbabwe was wobbling on 28-2 when Shaheen Shah Afridi took opener Brian Chari and Chamu Chibhabha, but later on, wicketkeeper Taylor and Craig Ervine took over the charge and made 71 runs partnership after Ervine went back to pavilion scoring 41 runs.

Another twist of the game was observed when Taylor and Wesley Madhevere made a century stand for the fifth wicket partnership.

However, Madhavere lost his wicket after scoring 55 runs in 46th over as Wahab disrupt the party and gave Pakistan a crucial breakthrough.

Later on, Taylor was also caught at mid-off and the guests’ lower order was puffed away.

Both teams will be back in action on Sunday.