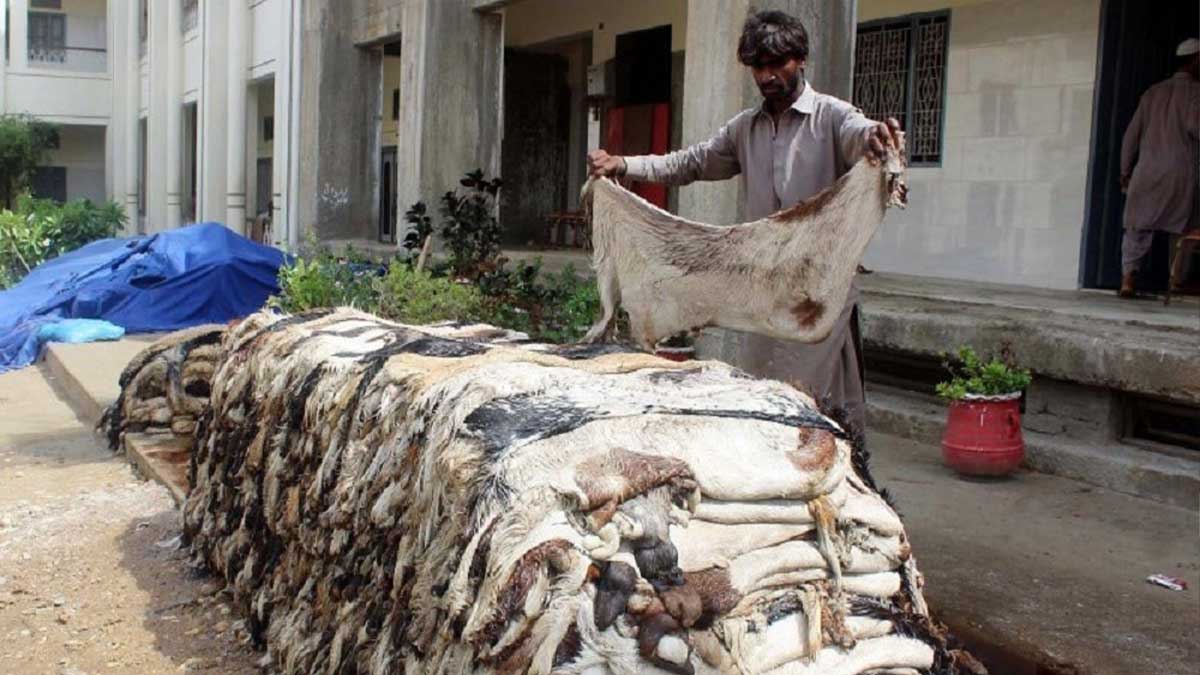 Tanneries across Pakistan have received 20 percent fewer hides during Eidul Azha, suggesting that sacrificial activity was considerably less this year.

According to Anjum Zafar, the Chairman of Pakistan Tanners Association, told the media that about 700,000 to 725,000 skins of animals have been received by the tanneries across the country in 2021.

He said, “The overall collection this year depicts a 20 percent drop from 2020 owing to the Covid-19 pandemic, the low purchasing power of the people, rising food prices, less spending by consumers, and overall business environment.”

Like other industries, the leather industry, however, showed good performance on the export front during the outgoing fiscal year. During the fiscal year 2020-21, an amount of $810 was earned from the export of leather-related products.

According to the data, issued by the Pakistan Bureau of Statistics, the export of leather garments increased by 14% to $286 million during the outgoing fiscal year as compared to the figure of the fiscal year 2019-20 which was $251 million. The exports of leather gloves rose by 22% to $260 million as compared to $213 in 2019-20.