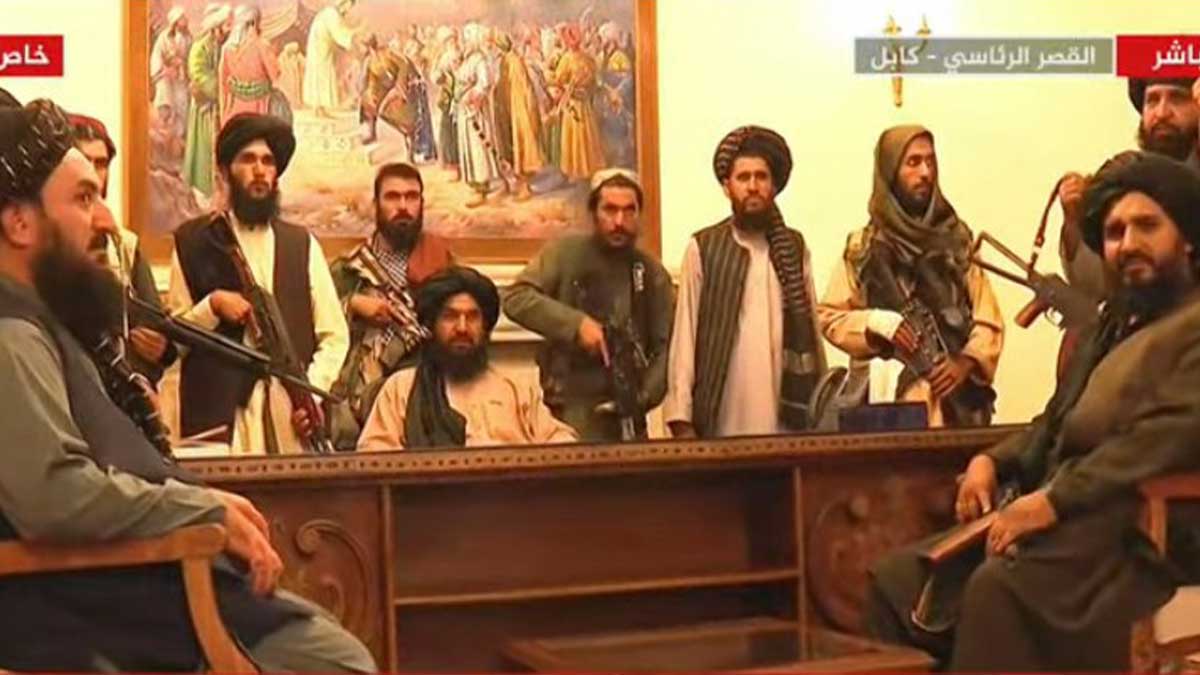 The Taliban has taken control of Afghanistan’s presidential palace after both President Ashraf Ghani and his deputy, Vice-President Amarullah Saleh, left the country earlier today.

According to Reuters, Afghanistan President Ashraf Ghani and his close advisers departed Kabul for Tajikistan on Sunday, according to a senior Afghan Interior Ministry official.

A Taliban spokesperson said the group was checking on Ghani’s location after entering Kabul earlier on Sunday.

The Taliban began infiltrating Kabul, Afghanistan’s capital, from all sides earlier in the day, the Afghan interior ministry said on Sunday, while US and European Union personnel sought protection.

According to a Taliban spokesman in Doha, after a rapid push on the capital, the Taliban group instructed its fighters to desist from aggression, grant safe passage to anyone trying to flee, and request that ladies flee to secure zones.

The statement was made on Saturday in a televised speech by Afghan President Ashraf Ghani, who said, “In the current scenario, the remobilization of our security and defence forces is our top priority, and major initiatives are being done in this regard.”

“As a historic mission, I will not let the imposed war on people to result in additional deaths,” he added.

“As a result, I have begun comprehensive conversations within the administration with elders, political leaders, people’s representatives, and international partners in order to achieve an acceptable and certain political solution that ensures the peace and stability of the Afghan people.”

He did not, however, imply that he would quit or accept responsibility for the current crisis, instead saying that “consultations” were underway to try to halt the confrontation.