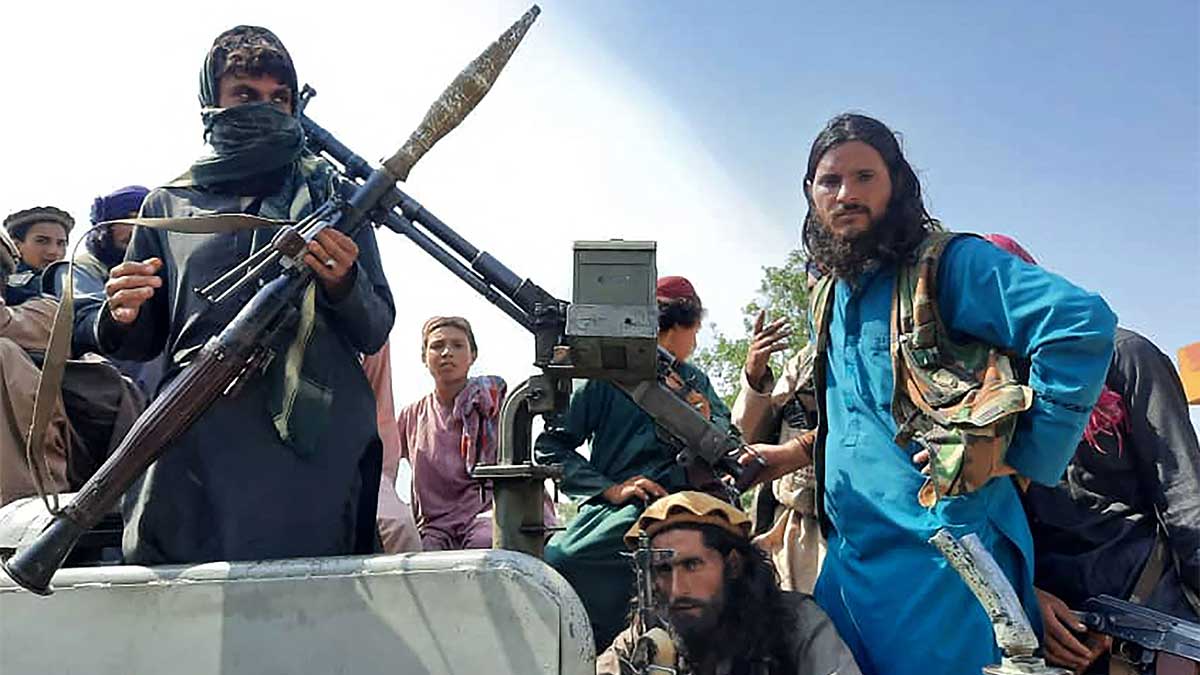 Even as foreign diplomats and many locals attempted to flee, Taliban rebels stormed Afghanistan’s capital Kabul on Sunday and declared they intended to take power within days, pledging to alter their prior extreme Islamist rule.

After a fast advance by the Taliban, who were ready to retake control of Afghanistan 20 years after they were overthrown by US-led forces following the September 11 attacks on the US, American diplomats were extracted from their embassy by chopper.

Taliban fighters were approaching Kabul “from all sides,” according to a senior Afghan interior ministry source.

Fighting, on the other hand, was not reported, as per Reuters.

Taliban spokesperson Zabihullah Mujahid said the group was in negotiations with the Western-backed government for a peaceful handover. “Taliban fighters will be stationed at all Kabul exits until a peaceful and satisfactory transfer of power has been agreed upon,” he stated in a statement.

Three diplomatic sources said Ali Ahmad Jalali, a US-based academic and former Afghan interior minister, could be nominated head of an interim administration in Kabul, though it was unclear whether the Taliban would agree.

The Taliban, who were once known for keeping girls out of school and enforcing strict Islamic law that included amputation, stoning, and hanging as punishments, appear to be attempting to create a more modern image.

Suhail Shaheen, another spokesman, claimed the group would preserve women’s rights as well as media and diplomatic freedoms.

“We guarantee the people, particularly in the capital of Kabul, that their properties and lives are safe,” Taliban spox Shaheen told the BBC, adding that a power transition would take place within days.

Despite billions of dollars spent by the US and others to strengthen up local Afghan government forces, the Taliban’s ease of advance has astonished the world.

Kabul might hold out for at least three months, according to a US intelligence estimate released just last week.

President Ashraf Ghani did not respond to a request for comment on the issue. According to a palace official, he is in emergency negotiations with US peace envoy Zalmay Khalilzad and NATO transatlantic alliance leaders.

The government’s acting interior minister, Abdul Sattar Mirzakawal, tweeted on the Tolo news station that power would be turned over to a transitional administration. “There will not be an attack on the city; it has been agreed on a peaceful transfer,” he added without going into detail.

Fire was heard at a number of locations throughout Kabul, according to a tweet from the Afghan presidential palace account, but security forces, working with international partners, held control of the city.

Residents reported several of Kabul’s streets were clogged with automobiles and people rushing home or to the airport.

In recent days, Afghans have fled the provinces for capital Kabul, fearing a return to extreme Islamist rule of Taliban.

Early Sunday, families and refugees from Taliban-controlled districts were spotted offloading possessions from cabs outside embassy gates, while the city’s downtown was filled with people stocking up on supplies.