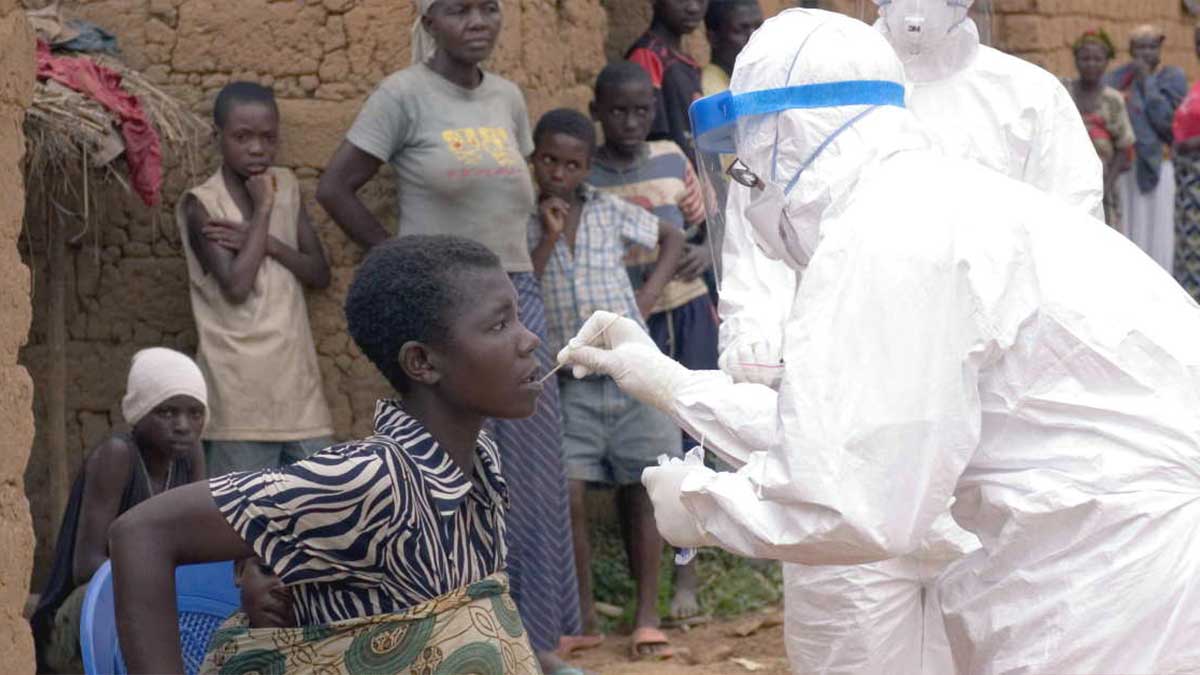 A patient with the rare, but highly infectious Marburg virus disease has died in Guinea, according to a World Health Organization (WHO) statement on Monday.

The World Health Organization has confirmed the man’s death and said the “highly infectious disease” that could cause internal bleeding and organ failure can “spread far and wide.”

On Monday, the WHO confirmed the man’s death in the West African country of Guinea after contracting the Marburg virus, which causes internal bleeding and organ failure. It is the first time the Marburg virus has been detected in Guinea, as per WHO.

According to WHO, the man visited a local clinic to seek treatment but his condition deteriorated quickly. Researchers at Guinea’s national hemorrhagic fever laboratory and the Institute Pasteur in Senegal confirmed the Marburg-virus diagnosis.

WHO says Marburg virus could ‘spread far and wide’

WHO said that as the virus is highly contagious, it could pass to people from fruit bats and is transmitted from one person to another through surfaces and bodily fluids.

It further said that the illness inclined to begin with an unexpected and sudden onset of high fever and headaches, with severe internal bleeding occurring within seven days. WHO said the virus had death rates of 24% to 88% in past outbreaks.

“We are working with the health authorities to implement a swift response that builds on Guinea’s past experience and expertise in managing Ebola, which is transmitted in a similar way,” Moeti said.

Meanwhile, Ki-Zerbo told Reuters, “It is active surveillance. The contacts are kept at home, isolated from other members of the family. They are visited every day to check on potential symptoms,”

“Globally, the approach to combating Marburg virus would not be different from Ebola. The only difference is that there is no vaccine or drug specifically directed to the virus. Only supportive care is available.”