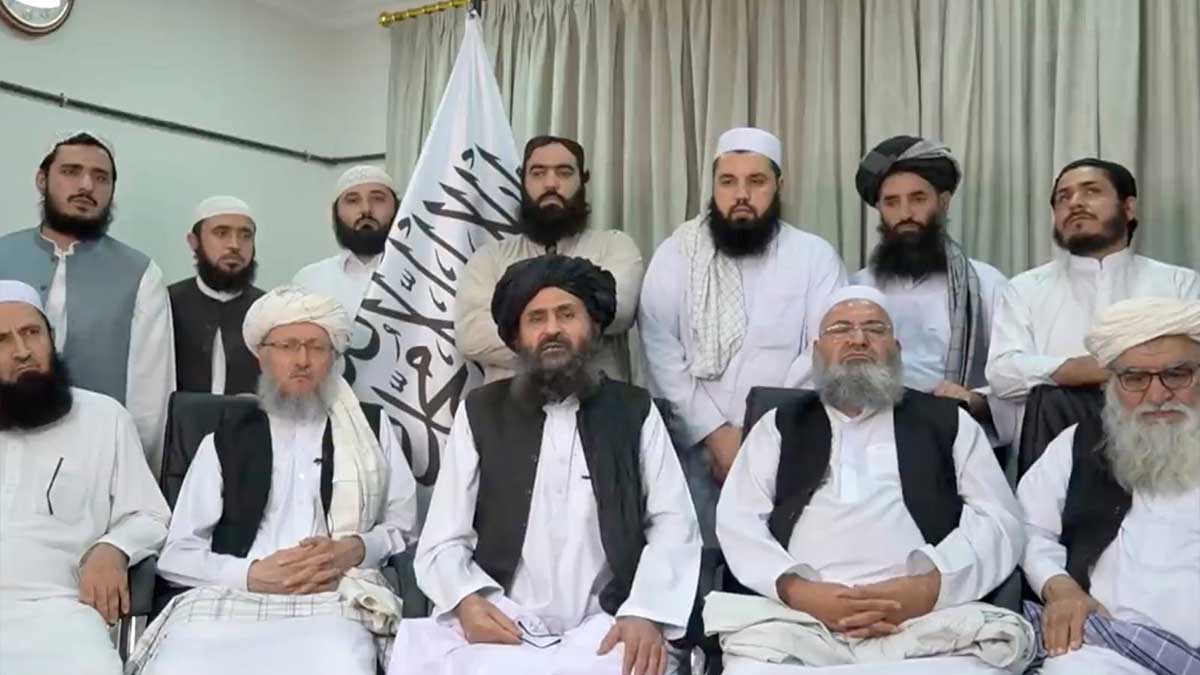 The Taliban have announced an interim government in Afghanistan, an Islamic Emirate led by Mullah Mohammad Hassan Akhunda.

As the West debates whether to acknowledge the new administration, the Taliban included the leader of a US-designated terrorist organization in a new government to officially mark the group’s return to power after 20 decades of fighting with America.

At a news conference in Kabul on Tuesday, spokesperson Zabihullah Mujahed said that Mullah Mohammad Hassan, the little-known head of the Taliban’s leadership council, had been named acting prime minister. Mullah Abdul Ghani Baradar, the Taliban’s co-founder and chief public face who struck a peace pact with the Trump administration last year, will be his deputy.

The acting interior minister will be Sirajuddin Haqqani, the leader of the Haqqani Network, who is on the FBI’s most wanted list for terrorism. That might make any efforts by the US to work with the Taliban more difficult, especially since President Joe Biden has urged the Taliban to break all ties with terrorist groups.

Mujahed told reporters that the Taliban seek good relations with all countries in the globe, including the United States. He referred to the cabinet as a “diverse group” that includes people of many nationalities and origins, despite the fact that no women were picked.

Biden says US recognition of Taliban government ‘long way off’

The United States and its allies have been watching to see if the Taliban can build an inclusive government that can stabilize the country and prevent civil conflict. Other requests include freedom of movement for Afghans who wish to leave the country and rights for women, who were subjected to severe repression when the Taliban ruled Afghanistan at the turn of the century.

White House spokeswoman Jen Psaki said at a press briefing on Tuesday that she didn’t have a timetable for when the US will recognize the new Taliban administration and that she was still working to evacuate remaining Americans.

She stated, “There is no hurry to recognition.” “It will mostly depend on the Taliban’s actions. The entire world, including the United States, will be watching.”

There is a lot on the line for the new Taliban government. Prices of vital products are soaring in Kabul, while banks are running out of cash, signalling the start of an economic crisis. The United States has blocked $9 billion in assets belonging to Da Afghanistan Bank, or DAB, the country’s central bank, while the International Monetary Fund has barred the group from accessing fund reserve assets.

Mujahed made no mention of Taliban Supreme Commander Haibatullah Akhundzada, who hasn’t been seen in public since taking over the organization in 2016. Acting Defense Minister Mohammad Yaqoob is the son of former Supreme Leader Mullah Mohammad Omar, who refused to hand up Osama bin Laden to the US before the 2001 invasion.

Mohammad Edris as acting governor of the central bank