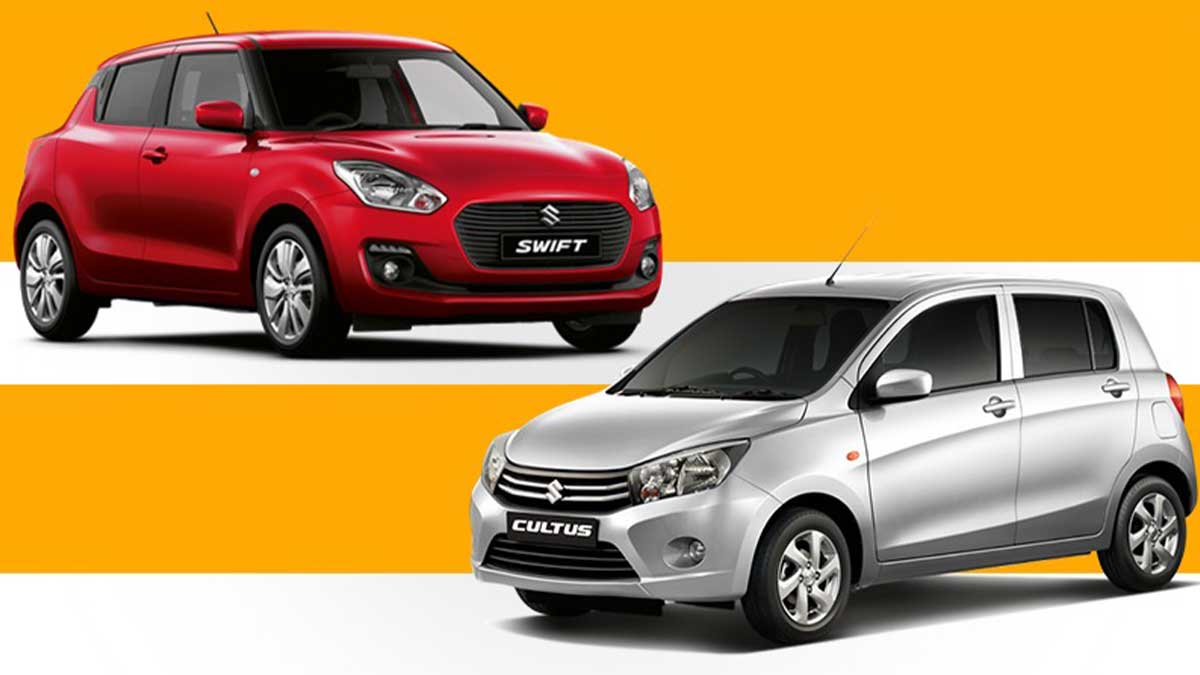 Pak Suzuki Motor Company (PSMC) has officially discontinued second-generation Swift variant in Pakistan, almost 12 years after its launch, while bookings for the Cultus have also been temporarily suspended.

The announcement of discontinuance is not new, as the company revealed last year in August that the Swift would be phased out in August 2021. Suzuki stated in the statement that it would construct 2,432 Swifts from August 2020 to August 2021. It went on to say that in the next 12 months, Suzuki Pakistan would produce 668 DLX NAV versions and 2423 AT NAV variants.

On the other hand, several Suzuki dealerships across multiple cities have cited chip shortage as a reason for the temporarily suspension on new bookings for Cultus until further notice. Both hatchback types are said to be on hold, according to a list circulating on social media.

Read more: Pak Suzuki to finally discontinue its Bolan and Ravi in Pakistan

According to reports, Suzuki Swift will release a new model in March 2022.  Suzuki would also debut the 4th generation Swift in Pakistan, according to the reports. In March 2017, the hatchback was unveiled in all its splendour at the Geneva Motor Show. The new Swift has the best-in-class lightweight body, based on the latest generation platform “HEART TECH.” In 2020, it had a facelift with minor tweaks. Pakistan, on the other hand, is expected to receive the pre-facelift vehicle.

Here are the expected specs and features of the upcoming hatchback:

Multiple engine options are available for the 4th generation Swift, including a three-cylinder 1.0 Liter booster-jet engine, KB12 1.2L petrol, SVS Hybrid, and a couple of diesels, including a 1.3L and 1.5L. The KB12 1.2L engine is the most likely to make its way to Pakistan among these engines. It has a maximum output of 84 horsepower, which is less than the 1.3L 90 horsepower of the current Swift in Pakistan, but the weight savings will more than make up for the lower power output.

The car’s projector headlamps, LED tail lamps, and chrome grille give it a more unique and premium appearance. Putting that aside, the new Swift appears to be more sporty than the previous model. In addition to having a longer wheelbase, length, and width than the present Swift in Pakistan, the fourth generation Swift also has a longer wheelbase, length, and width (2450mm x 3840mm x 1735mm).

Swift’s interior has also been updated to make it more appealing to the eye. Multiple interior features, such as the centre console, gearbox, and steering wheel, have been given a silver colour coating to improve the cabin’s appearance and feel, while the addition of automatic climate control, steering-mounted controls, and a cool glove box is a welcome addition. A colour TFT display in the centre of the speedometer displays various information for the driver.